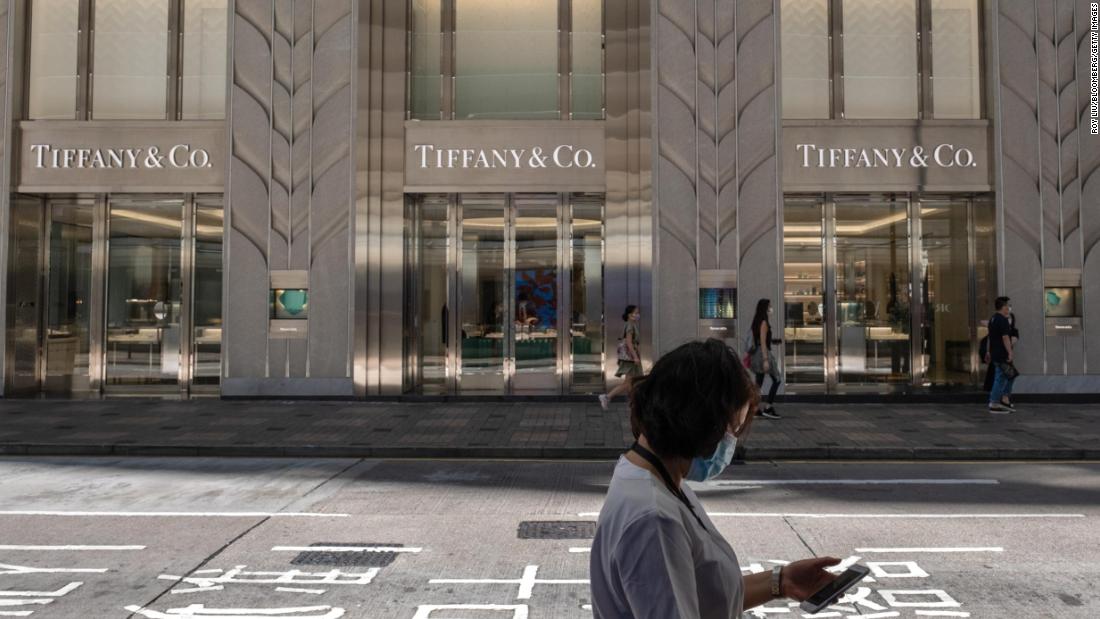 The French conglomerate announced Wednesday that as things stand, it would “not be able to complete” the $16.2 billion deal — which was announced last November — because of “a succession of events which undermine the acquisition.”
Those events included a recent letter from the French government calling on the company to defer its takeover of Tiffany (TIF) in response to the US threat of taxes on French products, LVMH (LVMHF) said in a statement.

The United States announced in July that it would impose tariffs of 25% on French products, including makeup and handbags, as part of a dispute over taxing digital companies, but delayed collection of the tariffs until January 6, 2021. LVMH said Wednesday that the French government had “directed” it to delay the acquisition beyond that date.

The world’s biggest luxury group is based in Paris and controlled by French billionaire Bernard Arnault, Europe’s richest man.

CFO Jean Jacques Guiony said LVMH “had no other choice” but to honor the French government’s wishes. “It’s a governmental order,” he told journalists on a call Wednesday, adding that LVMH has no plans to close the deal at a later date.

But Tiffany said that the request from the French government had no legal grounds. The US company said it had filed a lawsuit in Delaware that aims to force LVMH to complete the deal.

“We regret having to take this action but LVMH has left us no choice but to commence litigation to protect our company and our shareholders,” Tiffany Chairman Roger Farah said in a statement.

The breakdown comes after months of speculation that LVMH had been looking to renegotiate the deal — or for a way out — because of the crash in luxury sales due to the coronavirus. In June, the company disclosed that its board had met to review the agreement, as well as “the development of the pandemic.”

The deal would have cemented LVMH’s position in jewelery and helped it to compete with rival Swiss jewelry company Richemont, said Fflur Roberts, head of luxury goods research at Euromonitor International.

“With the acquisition of Tiffany, LVMH would have consolidated its position in the US market, and would therefore be aiming for a more balanced geographic portfolio, after concerns were raised over the reliance of the luxury conglomerate upon China, Asia and France,” Roberts told CNN Business.

“For Tiffany, being part of LVMH would have brought the financial muscle and vision needed to appeal to younger consumers, after years of ailing profits,” she added.

But then the coronavirus struck, forcing businesses including LVMH to reevaluate their expenditures, according to Luca Solca, a luxury goods research analyst at Bernstein.

“I think the most important intervening factor between the time when the deal was agreed and now, is the Covid-19 pandemic,” he told CNN Business.

Solca said that the tariff threat LVMH cited on Wednesday was also significant. “Clearly, this demand by the French government happens to be convenient for LVMH,” he added.

It could open up “the possibility sometime down the road, to possibly go back to renegotiate the deal, which we all had the impression could potentially be one of the aims that LVMH was after,” he added.