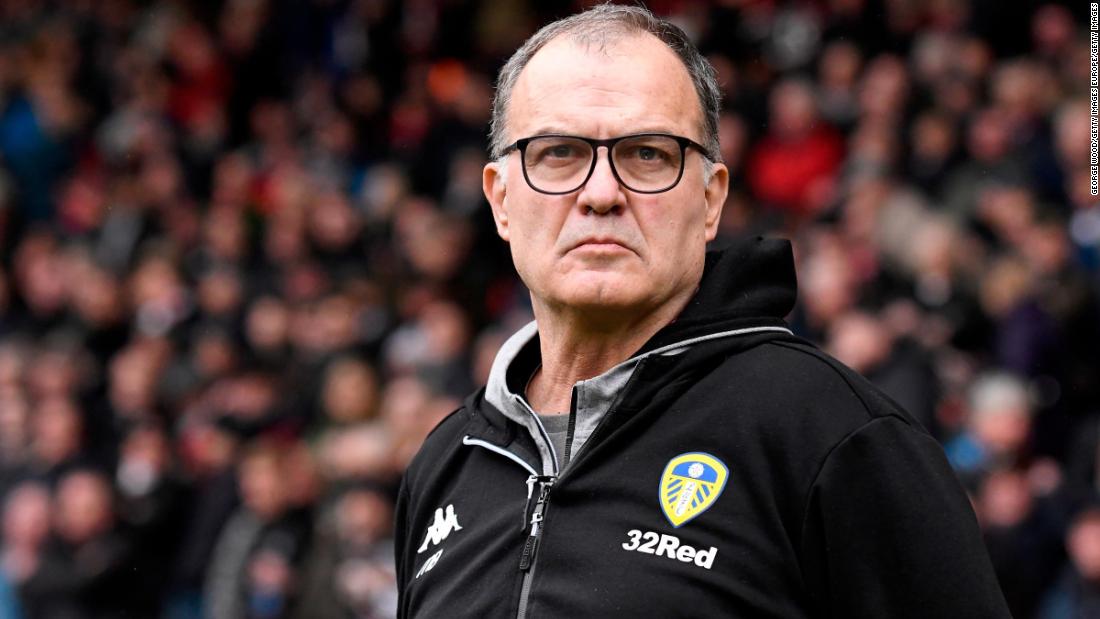 Leeds is a club with a proud tradition, not least in having appointed two of English football’s clubs most influential managers. Clough, who went on to win two European Cups with Nottingham Forest, had succeeded Don Revie, the man who established Leeds as one of English football powerhouse in the 1960s and early 1970s.

Leeds’ current manager Marcelo Bielsa is equally influential, perhaps even more so globally. Bielsa is also the man who ended Leeds’ spell in purgatory outside the English Premier League, guiding the club back to the top-flight after a 16-year hiatus.

Relegation from the Premier League on May 8, 2004, hit the club hard — none more so than Yorkshire-born striker Alan Smith who made over 250 appearances for the team.

“When I look back, it was the biggest disappointment of my career,” the now 39-year-old Smith told CNN Sport. “You’re a hometown product and you come through the system. I had been at the club since I was 10 years old.

“To go from being a 10-year-old to all the way through, and getting to the first team … when you have the highs of the Champions League semifinal and then you have a low of a relegation which affects everyone.

“For me, the hardest thing to accept is that the club went into and you see people losing jobs. People you had known since you were 10 years old who work in the kitchens, the cleaning staff.”

As Leeds were relegated in 2004, on the other side of the world, Bielsa was approaching his 50th birthday and preparing to lead Argentina at the Copa America tournament.

Some 25 years earlier, the Argentine called it a day as a player, and quickly found his true calling as a coach.

After managing the club he played for in Argentina, Newell’s Old Boys, Bielsa did a tour of duty around South America, before being hired by Spanish side Espanyol in 1998.

It has been said that while at Newell’s, Bielsa acquired his nickname which has stuck with him ever since: El Loco, ‘The Crazy One.’

The reported reason? After a 6-0 thrashing at the hands of San Lorenzo, a gang of Newell’s ultras, or the barras bravas as they are known in Argentina, turned up at his house, demanding he face them.

And face them Bielsa did, supposedly holding a grenade, threatening to “pull the pin” if they did not leave.

A few months after joining Espanyol, the lure of home became too strong and Bielsa took charge of his country. Under Bielsa, La Albiceleste made the Copa America final and won Olympic gold in Athens, the first Argentinian gold medal in some 52 years.

Bielsa next took over the Chilean national team, before attempting a second crack at managing in Spain, with Athletic Bilbao, where he achieved runners-up positions in the Europa League and Copa del Rey.

A season in Marseille followed and until now, the 2014/15 season in France was the last full season of top-flight football Bielsa has coached.

If Bielsa has never won a major honor with a top-flight European club, he has cultivated a reputation for inspiring some of the world’s best managers.

Not only did Mauricio Pochettino and Diego Simeone play for him, but Pep Guardiola once took an 11-hour flight to Buenos Aires and then drove the best part of 200 miles to talk with him.

Of Bielsa, Manchester City manager Guardiola has said: “Winning titles helps to have a job next season but at the end of your life, what you remember is not the titles you have won, what you remember is the memories you have and whether the manager taught you a lot.”
READ: 20 moments that defined Lionel Messi’s career
Bielsa reputation is also built on an meticulous approach to preparation. When he was interviewed for the Leeds job he reportedly knew how many times every Championship team had played the 4-3-3, 4-4-2 or 3-5-2 formations.

“Bielsa had this incredible reputation but could it work in England?” BBC Radio Leeds commentator Adam Pope told CNN Sport.

“And the trick is he did his homework. He looked at every game along with his staff, and he worked out that not only did he have the raw materials in terms of the first team, but also the youth team.”

Between 1992 and 2001, Leeds won the most prestigious league in the land and constructed a side that was only 180 minutes away from winning the top trophy in European football.

But in the infamous words of the club’s former chairman Peter Ridsdale, who may be forever associated with the money spent on goldfish, Leeds “chased the dream,” and then found itself living a nightmare.

Salvation came courtesy of new ownership, with the Italian Andrea Radrizzani buying out his countryman Massimo Cellino in 2017, and convincing Bielsa to take on the manager’s role in 2018. The Argentine was Leeds’ 15th manager in 14 years.

Bielsa’s first season in charge with Leeds was going swimmingly until he was embroiled in “Spygate.”

Ahead of a match against Derby County in January 2019, which Leeds won 2-0, a snooping employee was dispatched to Derby’s training ground, and the police were notified. Within days seemingly the entire football world had an opinion on the matter.

Bielsa gave a press conference where in addition to apologizing, his detailed PowerPoint presentation of his research on every one of the division’s teams either pushed you further in favor of El Loco’s methods, or more appalled.

Bielsa ended up personally paying the $258,000 fine handed out by the English Football League.

The fall from grace was accompanied by a fall down the standings.

An automatic promotion spot turned into a playoff place, in no small part due to Bielsa insisting his team let Aston Villa score an unopposed goal during a controversial end of season game. In the playoffs, Leeds were eliminated by … Derby County.

But Bielsa didn’t walk away from Elland Road, as some supporters feared.

“All he wants to do is provide on a Saturday, a beautiful brand of football that pleases his supporters,” said Pope. “He wants to give some joy in their life, which might otherwise have very little in it.

“And his raison d’être is about developing young people and providing great football to provide entertainment for the masses. He’s a purist.

“He feels that it’s his duty to protect the game from the future and from the commercialization of football. He treats it like an amateur. The money is neither here nor there. He lives humbly. It’s never about him. He will not take the credit for anything, but he will take responsibility for everything.”

This year though, even the coronavirus pandemic could not prevent the club from finally going up.

While there was the odd wobble, Leeds went up with two games to spare on July 17, and would go on to win the Championship by 10 points over runners-up West Bromwich Albion, with the title confirmed with a 3-1 win at … Derby County.

It had taken 5,914 days for the club to return to the Premier League. On day 5,915, a street in Leeds city center was renamed “Marcelo Bielsa Way.”

“Somehow he took the same group of players that finished mid-table and he coached them to greatness within two years,” said Pope. “It’s an incredible feat. I mean, it is a footballing miracle.”

Bielsa’s modest ways, from the renting of a small apartment, frequenting the local coffee shop, and shopping at the local grocery store, have endeared him to supporters who can relate to a man that crossed many continents to change their lives.

On the day promotion was assured, Bielsa was at home in Wetherby, where fans inevitably congregated. Elbow-bumps and photos were exchanged, as the manager tried to explain he could not speak English.

Not that he’s gone totally native, with Bielsa saying that while “I like fish and chips … I enjoy steak from Argentina even more.”

For his next trick, Bielsa takes his Leeds team to play champion Liverpool for their first game of the 2020/21 Premier League season.

“You would not rule him out doing something special in the Premier League at some point with Leeds United, if things continue on this trajectory,” says Pope. “He’s gone way beyond anybody’s expectations with what he’s done so far. He’s got godlike status in Leeds.

“There’s a huge mural of him. He’s painted as Christ the Redeemer on the side of a house in Leeds. I know that we see it in Brazil and he’s Argentinian but that’s how they look at him.

“This guy that has resurrected a football club and a team, to where they feel is their rightful place in the top flight.”