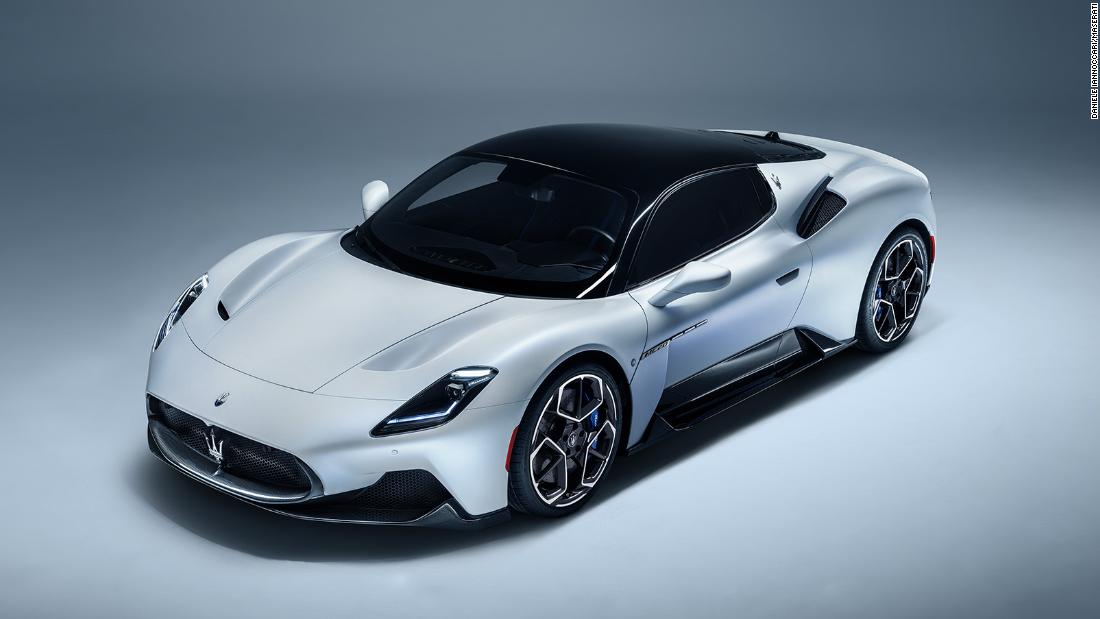 Unlike Maserati’s last supercar, the MC12, which cost almost $800,000 and stopped being produced in 2005, the new MC20 was entirely developed by Maserati, including its unusual 630-horsepower turbocharged V6 engine.

In the MC20’s engine, a spark plug ignites gasoline in a small separate chamber attached to each of the six cylinders instead of just igniting the fuel inside the cylinder itself, as in most gasoline engines. This creates a flame that enters the cylinder through a series of small holes and heats the rest of the fuel and air in there. There is another spark plug inside the cylinder that then ignites fuel in the normal way. Depending on the car’s power requirements at any given moment, the pre-ignition chamber can be used or not. The result is an engine that, according to Maserati, has extremely high power for its size, but that can run smoothly and quietly during day-to-day driving. A similar system is used in Formula 1 racing engines.

For a long time, all Maserati car engines were built by Ferrari, a brand that, until 2015, was also part of Fiat Chrysler like Maserati. (Ferrari is now a separate company, but the holding company Exor, controlled by the descendants of Fiat founder Giovanni Agnelli, still owns large stakes in both Ferrari and Fiat Chrysler.) Ferrari still builds engines for most of Maserati’s current cars and SUVs. As new and completely redesigned models are introduced, though, they are expected to have Maserati-made engines similar to the one in the MC20, a Maserati spokesman said,

Maserati’s last supercar shared most of its engineering, including its engine, with the Enzo Ferrari supercar. That car’s 12-cylinder engine produced about the same horsepower than the new MC20’s V6. The MC12, with its much higher price tag and strictly limited production run — only 50 were made — could be purchased by only a few. In 2018, one MC12 sold at an RM Sotheby’s auction for $2.5 million. The MC20, while even faster, will be relatively attainable compared to that car.

The Maserati MC20 is part of a long-term plan by Fiat Chrysler to rebuild Maserati’s once strong reputation for performance.

“It was critical of our strategy to start this new era with the launch of a sports car,” said Grasso, “a sports car that will bring us back to where we started.”

Maserati was founded in Bologna, Italy, in 1914 as a manufacturer of aircraft and car parts. Then, before long, it branched out to racing cars.

In addition to introducing the MC20 supercar, Maserati also recently unveiled high-performance “Trofeo” versions of its sedans, the Ghibli and Quattroporte. With 580-horsepower engines, they are billed as the fastest Maserati sedans ever.

The MC20 will go into production at the end of this year, but the car won’t be available in the US until the fall of 2021.