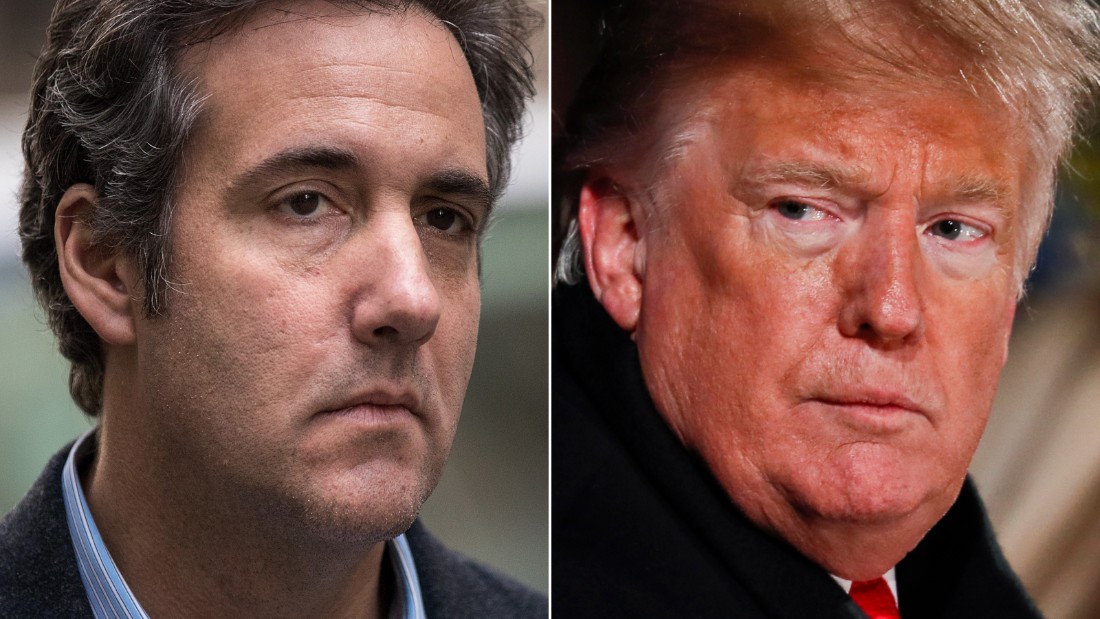 “Donald Trump believes that he should be the ruler — the dictator of the United States of America. He actually is looking to change the Constitution. When Donald Trump jokes about 12 more years … he is not joking. Donald Trump does not have a sense of humor,” Cohen told CNN’s Don Lemon on “CNN Tonight.”

“So I want you to understand that when he says 12 more years, if he wins he is going to automatically day number one start thinking how he can change the Constitution for a third term, and then a fourth term, like what he said to President XI and like what he said to so many other people. It’s why he admires the Kim Jong Uns of the world.”

Even during an uphill reelection campaign, the President has repeatedly advanced the idea of a third term while also looking to sow doubt in the integrity of November’s election. “We are going to win four more years,” Trump said at a rally in Oshkosh, Wisconsin, last month. “And then after that, we’ll go for another four years because they spied on my campaign. We should get a redo of four years.”

Expanding on his warning against reelecting Trump on Wednesday, Cohen went on to describe the White House as “like a cult” with a culture that forbids anyone from challenging the President.

“Not only is the Trump Organization like a cult, but so is the White House,” he said.

“Anybody that wants to work there, God forbid you say something wrong. God forbid you do something wrong. You’re fired. That’s exactly why there have been so many people coming in and out of the administration. I think he set all sorts of records. He likes records. Well, he certainly set the record for the most people in and out of the administration.”

Pressed on how Trump has been able to command loyalty within the Republican Party, Cohen offered: “Because he is a cult leader.”

“And people somehow follow him. Why? I don’t know why. I did it when I had my daughter, my wife, my son continuously telling me, ‘Stop, we don’t want you to work for him. Quit, you don’t need to work for him. What are you doing? The things that you are doing are morally wrong. You lost your moral compass, wake up.'”

His comments come one day after the release of his book where he unleashes on the President as “a cheat, a liar, a fraud, a bully, a racist, a predator, a con man.”

Cohen had been a vocal surrogate for Trump during the 2016 presidential campaign before he pleaded guilty in 2018 to tax fraud, lying to Congress and campaign finance violations for facilitating hush money payments to two women who alleged past affairs with the President. Trump has denied having affairs with the women.

When pleading guilty, he implicated the President, telling a federal judge that he had made the payments “in coordination with and at the direction of” Trump, who prosecutors identified in court filings as “Individual 1.”

“If you look at the end of the book it’s really a call. It’s a warning call to anybody who is reading the book. Put the Visine in your eyes, clean your eyes out and see that Donald Trump cares for no one or anything other than himself. So he doesn’t care if your family member dies as long as it’s not him. He doesn’t care about anything other than himself and this election,” Cohen said Wednesday.

“And he is willing to sacrifice your life so he has four more years.”

What you need to know about coronavirus on Monday, January 18

Martin Luther King Jr. Day: How to make it a day of service even when you’re stuck at home

Australian Open 2021: ‘No special treatment’ for tennis players in Melbourne

What you need to know about coronavirus on Monday, January 18

Martin Luther King Jr. Day: How to make it a day of service even when you’re stuck at home

Mohammad Amir – Only available for Pakistan ‘once this management leaves’