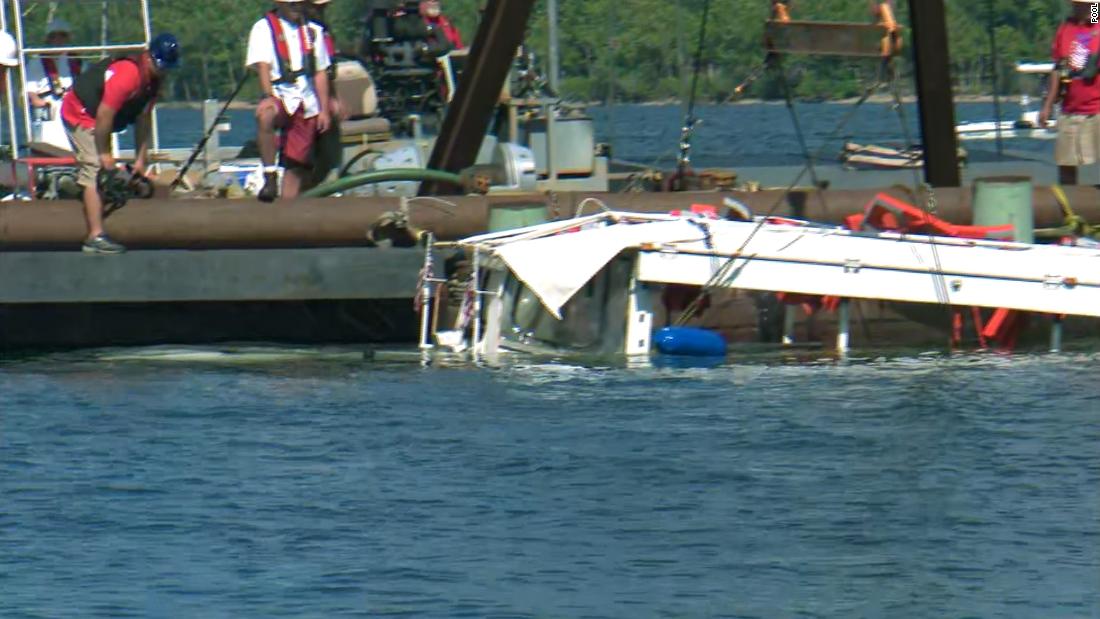 The boat sank on July 19, 2018, in Table Rock Lake near Branson, a popular family vacation spot. Amphibious duck boats can give passenger tours on water and on land.

Scott McKee, Curtis Lanham and Charles Baltzell were charged in a 47-count indictment that was unsealed in June 2019.

McKee was the boat’s captain in 2018. Lanham was the general manager for Ride the Ducks Branson, and Baltzell was the manager on duty the day the boat sank.

In a ruling issued Friday, US District Court of Western Missouri Chief Magistrate Judge David P. Rush recommended granting a joint motion by the defendants to dismiss the indictment for “lack of admiralty jurisdiction.”

The judge also recommended other remaining motions that are pending be “denied as moot.”

CNN has reached out to US Department of Justice attorneys for response.

One of the reasons Rush listed for dismissing the indictment was that Table Rock Lake is not considered navigable as a matter of admiralty law, according to an Eighth Circuit precedent.

Rush’s ruling said that if the three defendants are to be prosecuted, the case should be handled at the state level and not federal court.

McKee’s legal team said the sinking was caused by “an aberrant wind and rain storm known as a derecho where the wind preceded the storm front by seven to eight miles,” the legal team said in an email to CNN.

“The sinking of Stretch Duck 7 was a terrible tragedy,” Lanham’s attorney, Tom Bath, said in an email to CNN. “We believe the tragedy was caused by a once in a lifetime storm and not as a result of actions or the failure to act of Curtis or any other employees.”

Baltzell’s attorney, Justin Johnston, said he agreed with Rush’s recommendation to dismiss charges due to lack of jurisdiction.

In April, the National Transportation Safety Board ruled that Ride the Ducks Branson and its parent company, Ripley Entertainment, were at fault for the sinking because managers did not relay a severe weather forecast to McKee.