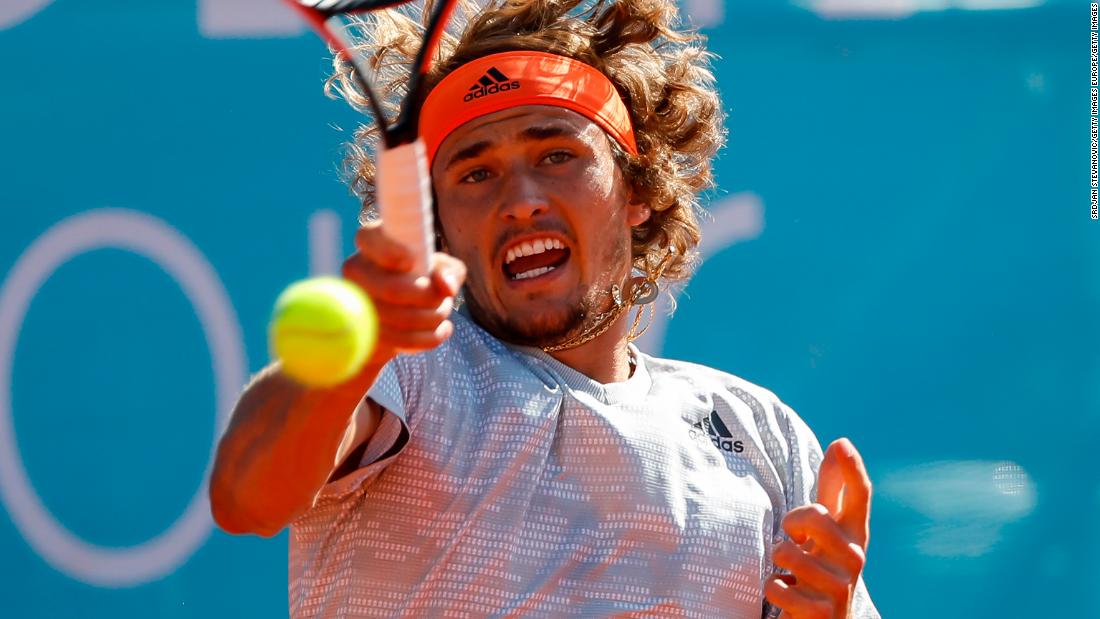 And that winner will become the first to be born in the 1990s. Finally, some might be saying.

In his coaching career spanning 30 years, Brad Stine hasn’t seen a draw nearing the finish line of a major as wide open.

Not only has Djokovic departed — the Serbian world No. 1 was unbeaten in 2020 prior to Sunday’s remarkable events — but the other two members of the “Big Three,” Roger Federer and Rafael Nadal, didn’t make the trip to New York in the first place. Nor did three-time grand slam winner Stan Wawrinka.

Federer is working his way back from knee surgery, while Nadal and Wawrinka withdrew due to coronavirus concerns and are readying for this month’s French Open.

Combined, the quartet have tallied 59 grand slam titles — and virtually quashed the hopes of the generation just beneath them. Andy Murray did feature in the draw but the Scot is, by his own admission, far from the form that saw him land three majors, thanks to significant hip problems.

“I really can’t think of anything off the top of my head where the draw opened up to this degree, where with Roger and Rafa not coming, everybody felt Novak was the major, major, major favorite,” Stine, who formerly guided world No. 1 Jim Courier and two-time grand slam finalist Kevin Anderson, told CNN.

“I can’t really remember an event where you haven’t had one, a scenario where all the top guys are out of the draw for whatever reason like this year, and two, you have no one left in the draw that has ever won a slam.”

One has to go back to Wimbledon 2003 for the last time none of the male quarterfinalists at a grand slam had won a major. It’s the lone occasion in the Open Era, said the ATP.

If whoever wins this year’s US Open ends up anywhere like that year’s victor at Wimbledon, then they’ll turn out to be one of the best ever since it was Federer who triumphed on the grass of the All England Club.

The word ‘asterisk’ was thrown around prior to the US Open. A debate began about whether one, informally, should be used to denote this year’s champions in New York because of the weakened field.

After Djokovic’s default, Stine said it certainly wouldn’t be farfetched to revisit the subject.

“I don’t know that there will be a physical asterisk when someone talks about the 2020 US Open men’s tournament but for some there’s always going to be a, ‘Yeah, but.’

“Whoever wins it will have a grand slam to their name but, unfortunately, some are always going to say that Novak got defaulted and Rafa just chose not to come and play and there were a lot of other guys who just chose not to play.

“At the same time, despite the fact those top guys aren’t here, someone actually winning one of these and getting through it, you’ve kind of got the lineup of what the future of tennis is going to look like. I think it pushes these guys in the direction more quickly.”

READ: Novak Djokovic is ‘in pain’ after US Open incident, says former coach

The likes of Cilic, Milos Raonic, Kei Nishikori and Grigor Dimitrov could count themselves unlucky for being close in age to the Big Three.

They’ve had little chance to impose themselves and by the time the trio leave the scene, they’ll likely be overtaken by the so-called NextGen.

In the immediate future, one of the NextGen could walk away with the title at Flushing Meadows. Six of the eight quarterfinalists were under 25.

“I think the Novak news shocked us all, and obviously for us younger guys,” said Alexander Zverev, who rallied past Borna Coric on Tuesday to reach the semifinals for a second consecutive grand slam.

“I know that all the young guys are hungry for it, and it’s going to be interesting.”

The two outliers were Dominic Thiem, 27, and Carreno Busta, 29, who moved into the last four for the second time in New York by edging Denis Shapovalov in five sets in a night session thriller Tuesday.

Thiem could be the favorite. The Austrian has reached three grand slam finals, including this year’s Australian Open, on hard courts. Nadal and Djokovic were the players who topped him in those finales, the latter in five sets in Melbourne this year.

Daniil Medvedev was the only other quarterfinalist to have reached a grand slam final, doing it last year and falling in a five-set classic to Nadal on Arthur Ashe Stadium.

Thiem and Medvedev are the two highest ranked players remaining, at third and fifth respectively, and are expected to meet in what would be a semifinal blockbuster.

Following his fourth-round win over Felix Auger Aliassime on Monday — Auger Aliassime was born in 2000 — Thiem said his mindset hasn’t shifted even with none of the Big Three around.

“For me personally, it never mattered. I just always tried to focus on my next match,” said the Austrian. “My focus or my concentration, it’s the same. It doesn’t matter if I play one of the Big Three members or if I play somebody else.

“Of course, it’s probably a little bit of a bigger chance for all of us to win the first slam, but basically things didn’t change that much, at least for myself.”

A “little bit of a bigger chance” is a massive understatement but as Stine points out, from a coaching perspective, overplaying the suddenly glorious opportunity ahead could be a fatal mistake.

“The fact that none of the top guys are here now is obvious, everyone knows that,” he said. “I don’t think you need to necessarily address that.

“I think that actually bringing it up potentially creates more pressure for any given player.”

But the players are fully aware of the open field, leading Shapovalov to suspect there would be some “nervousness” in matches.

In this unpredictable US Open, Zverev can guarantee one thing. “We’re going to have a new Grand Slam champion. This is the one thing that we know for sure.”