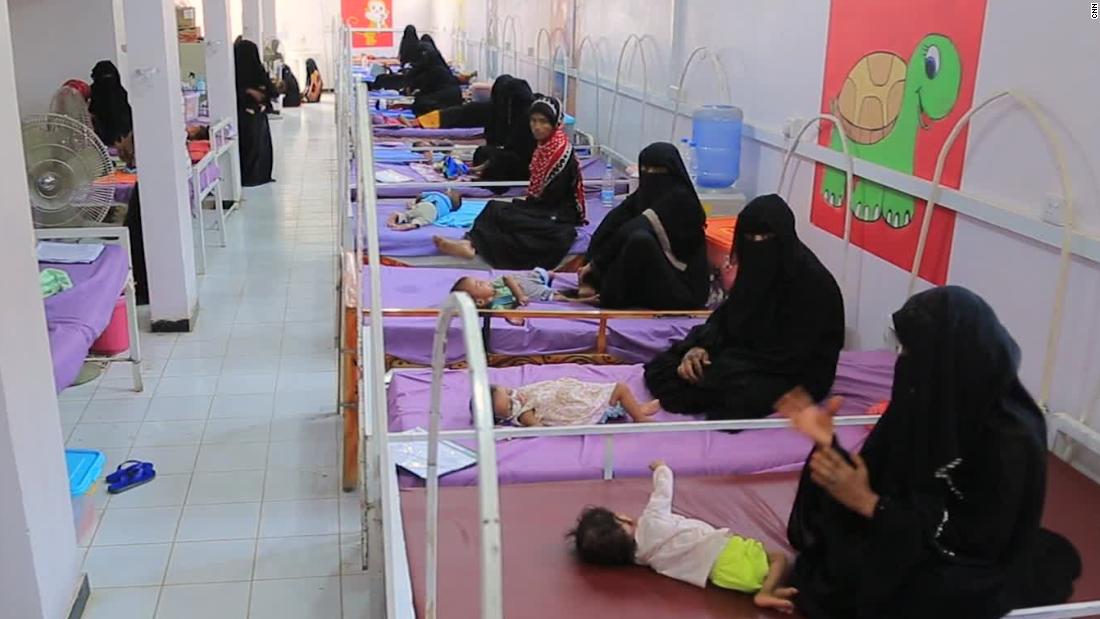 The investigation revealed that support pledged to UN agencies by Saudi Arabia for Yemen had more than halved in 2020, falling from more than $1 billion to just $500 million this year. Of this amount, the UN told CNN only $23 million had so far come through its appeal.

“The amount was pledged by the Kingdom to support the Yemen Humanitarian Response Plan 2020, and the Kingdom hopes that these UN organizations will do their utmost to implement these programs as soon as possible,” he added.

The $204 million in funding announced by KSrelief on Friday will form part of the $500 million originally pledged by the Kingdom during a conference hosted by the United Nations and Saudi Arabia in June of this year.

CNN’s report, published Tuesday, revealed the devastating impact of funding cuts to humanitarian aid organizations in Yemen by the United States, the United Arab Emirates and Saudi Arabia, which have pushed the war-torn country ever closer to the brink of famine.

A spokesperson for KSrelief told CNN at the time that the country had been ready to fulfill its unmet funding commitments to Yemen in July, but was waiting to finalize agreements with the agencies, citing concerns over appropriation of aid by the Iran-backed Ansarullah — known as Houthi rebels.

“Previously, there were concerns about the lack of funding, but now we can assume that with the arrivals of the funds this afternoon, the UN organizations will begin to implement their programs tomorrow, now that the money is available,” Al Rabeeah said Friday.

“I can assure you that the funds will be transferred today and that I do not anticipate any delays,” he added.

The UN Financial Tracking Service (FTS) has since updated the total amount received from Saudi Arabia to $231.1 million in funding to its Yemen humanitarian response plan. However, according to data from the FTS, there is still more than $214 million in unmet funding commitments to Yemen from Saudi Arabia.

In Yemen, 80% of the population is dependent on aid, but UN data has revealed billions of dollars in funding shortfalls this year alone.

The WFP also estimates that more than 66% of people in Yemen are considered “food insecure” and that more than 14 million of them could die if they are no longer able to access food assistance from aid groups operating in the country.

According to KSrelief, Saudi authorities will be “closely following up” the situation in Yemen to ensure that humanitarian programs are being funded to help those most in need.

“We pray that these programs will be beneficial,” Al Rabeeah added.

The US, Saudi Arabia and UAE are key actors in the conflict in Yemen, and in 2018 and 2019 they were the biggest donors to the UN response in Yemen.

In 2019, the US contributed almost $1 billion to the UN appeal, but this year, it has donated less than half that so far, giving $411 million, UN data shows. Despite the US’ sizeable cut in funding, it is still the biggest donor to the UN’s Yemen appeal.

A spokesperson for the United States Agency for International Development (USAID) told CNN that the country would resume all operations in the Houthi-controlled north “when we are confident that our partners can deliver aid without undue Houthi interference and account for US assistance.”

The Houthis have placed harsh restrictions on UN agencies trying to access parts of the country it controls in the north. Tensions have been high since the World Food Program, along with the US and its allies, accused the Houthis of stealing food aid from other parts of Yemen.

The Houthi rebels overthrew the internationally recognized government of President Abd Rabbu Mansour Hadi in 2015. A Saudi-led coalition, in which the UAE is a key partner, has waged a campaign against the Houthis for the past five years, destroying much of the Houthi-controlled areas with US backing.

Previous CNN investigations have shown that the US government profited from the war, by selling Saudi Arabia and the UAE American-made bombs and armaments.