What Matters: Presidential voting is now happening in two states 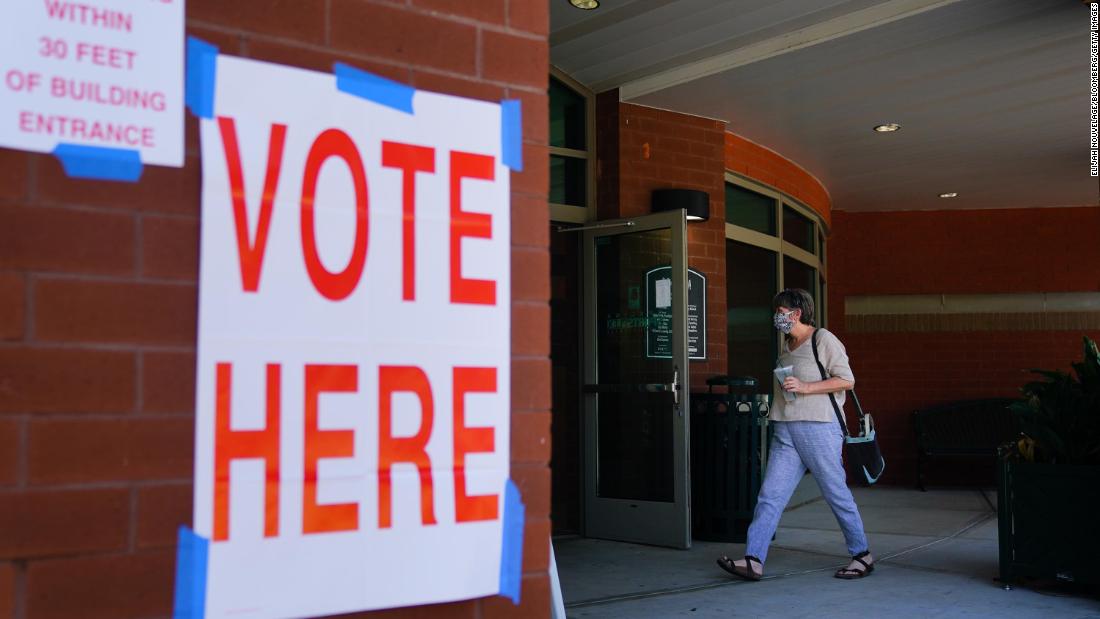 The election is not just happening by mail. In Alabama, in-person absentee voting begins Wednesday.

“We’ve adopted the mantra, ‘every day is Election Day.’ We’re pushing as many people as we can to go out starting on the 9th to go out and cast their absentee ballot in-person. It eliminates all the other barriers to the process. We’re reaching out to voters every safe measure that we can. Calls, text messages, social media. Every day is Election Day, and on September 9, people should go in and cast their ballot. We’ve reached out to thousands of voters and told them to go vote. We’re trying to do it safely and effectively.”

Which tell-all did you read this summer?

Yes, all of these people are trying to cash in. But it’s nearly impossible to reject them all in the aggregate.

Add to the tell-all books the reporting from Jeffrey Goldberg in The Atlantic about Trump calling American war dead “losers.”

It’s an unflattering picture of the President in part because it’s very believable. He calls people losers all the time.

Trump’s been particularly deflated by the Atlantic report, according to CNN’s reporting. And his reflex reaction to attack is usually to lash out at someone.
So it’s not surprising at all that he’d go after military brass, like he did Monday, as a way of defending himself.
Related: Here’s Goldberg talking Sunday on CNN about his use of anonymous sources.

The nation’s teachers are now temporary IT professionals, a role for which they’re not really qualified, because who could be? Watching my kid try to toggle between Zoom and the three different apps our school district uses (Powerschool, Canvas, Clever), was absolute madness. Seriously.

There were sound issues, forgotten passwords, a majority of the time spent simply trying to get the kids from one app to the next.

My daughter kept coming in to ask for help, and I couldn’t decide if it was better to help her click to the right place or just let her figure out, as painful as that is.

Everyone is feeling this frustration. My feed is full of kids wandering from their computers, drawing on themselves in boredom, breaking down in tears.

Real-world experience. Maybe the silver lining is in the coming generation’s education in how to navigate all this. While I look at my own Covid existence, it’s really not that unlike my 7-year-old’s. She is getting a crash course in conference calls.

It was difficult to listen to a second-grade class. Pity the nation’s kindergarteners and those trying to help them this year. God knows what my older kids accomplished, although everything seems to work better for them. I could hear one of them upstairs moving her chair. The other one was completely silent except when he surfaced, briefly, for lunch.

CNN’s AJ Willingham wrote a wonderful story about the horror of trying to help your kid with math:

“It’s a truly humbling moment when your child asks you to help diagram a sentence or solve a grade-level math problem and you, a functioning adult with a diploma and years of experience, draw a complete blank.”

And she noted that math is the most daunting subject for a lot of parents who don’t understand how they teach math now.

What changed? “For the blessedly uninitiated, Common Core math methods require children to group numbers to solve arithmetic problems, rather than the vertical ‘carry the one’ method most adults are used to. The approach goes beyond simple computation to emphasize deeper mathematical concepts.”

Here’s a very good Vox video on the principles behind the new math. You might have to learn them.

The end of Covid — even most of the kids who are in school part-time aren’t in school enough — can’t come soon enough.

The latest on vaccines

Trump keeps pushing for vaccine approval before Election Day, raising concerns he could pressure one through the system before it is through the rigorous safety testing process.

On Monday, Trump said a vaccine could be ready in October. Most experts are eying next year

Nine major pharmaceutical companies have signed a pledge to make sure vaccines meet US standards.

The nine companies on Tuesday wrote that they pledge to: “Only submit for approval or emergency use authorization after demonstrating safety and efficacy through a Phase 3 clinical study that is designed and conducted to meet requirements of expert regulatory authorities such as FDA.”

But there is fine print. These being pharmaceutical companies, you have to read the whole thing.

According to CNN’s report, “the companies mention ‘risks and uncertainties’ that could cause some different results in the future.”

“These risks and uncertainties include, but are not limited to: competition to create a vaccine for COVID-19; the ability to produce comparable clinical results in larger and more diverse clinical trials; the ability to effectively scale our productions capabilities; and other potential difficulties,” the company BioNTech said in one statement.

Making bold predictions. BioNTech, along with Pfizer, could have a vaccine ready for approval in October, CEO Ugur Sahin said on CNN Tuesday, adding it could be distributed on a mass scale early next year.

But people involved with the government vaccine effort, Operation Warp Speed, have said no one believes people will be getting vaccines shot into their arms before Election Day.

How far along is testing? “Pfizer and Moderna have vaccines in late-stage, Phase 3 clinical trials in the United States; Johnson & Johnson is preparing to start one.”

The most epic pardon of all time

It was 46 years ago today that President Gerald Ford pardoned Richard Nixon. I’ve known that Ford pardoned Nixon, but reading in a little more detail today, I learned how very big a deal it was at the time.

Nixon’s downfall came so very quickly after festering for so long. The pardon came just about one month after Nixon resigned, days after the release of the Smoking Gun tape.

Ford was never elected to anything more than his House seat. He was confirmed by the Senate as VP and then ascended to the presidency.

The public didn’t like the taint of Watergate or the pardon and Ford failed to win election in 1976.

Later, he was credited with taking a politically dangerous position he truly felt would help the country move on. But wow, reading the surprise address he gave on Sunday before a round of golf, I’m struck by his argument that Nixon, after Watergate, shouldn’t have to suffer any more. Really?!

The pardon itself is amazingly broad, absolving the former President of any culpability for breaking the law during the entirety of his presidency.

If you want to know why Trump seems to think he’s literally above the law, start here.

On Instagram, I posted some excerpts from that speech, which I found at the Ford presidential library website, along with Nixon’s statement of apology to the country and thanks to Ford after the pardon. There’s also a photo of Ford and Nixon together at the 1972 RNC.

He does not apologize for breaking the law, but for giving Americans the perception he did. Which is not exactly an apology. But it’s more than you could imagine Trump saying.