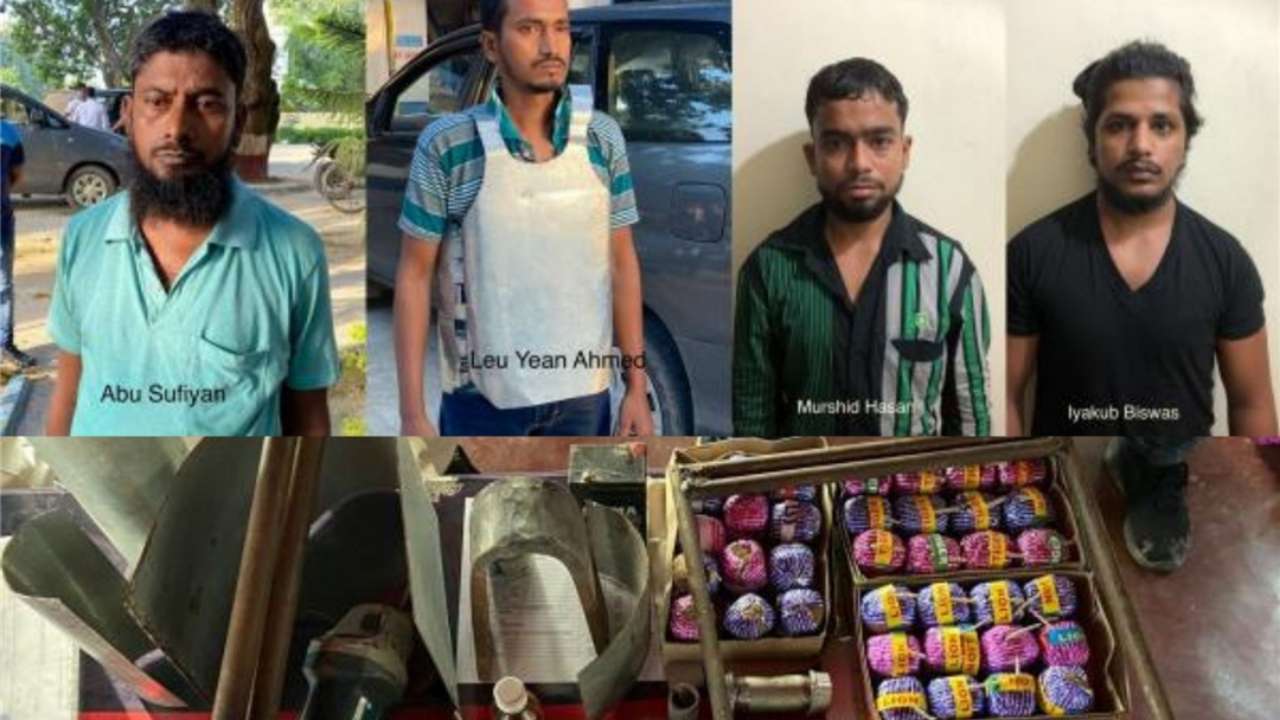 Al Qaeda terrorists, who were nabbed early Saturday by NIA teams from Kerala and West Bengal, had plans to travel to Jammu and Kashmir for weapons delivery along with home-made explosives for their other associates even as they continued to take orders from their Pakistan-based handlers, NIA officials said on Saturday.

The revelations came as the NIA busted the inter-state terror module after it carried out searches at multiple locations in Murshidabad and Ernakulum. The National Investigation Agency (NIA) arrested nine Al Qaeda terrorists — three from Kerala and six from West Bengal.

The Qaeda men have been identified as Murshid Hassan, Yakoob Bishwas and Morshraf Hussien, all three residents of Ernakulam. They were picked up from Kochi. While Najmus Sakib, Abu Sufiyan, Mainul Mondal, Leu Yean Ahmed, Al Mamun Kamal and Atitur Rehman, were all residents of Murshidabad.

These men were from diverse walks of life from second-year graduate student to farmer, tailor, cook, electrician, computer science graduate.

Those arrested from Kerala were also originally from West Bengal. A man who was staying in the same building as Hassan said the men came to stay on rent during the pandemic-induced lockdown.

An NIA official related to the probe told IANS, “These terrorists were planning to go to Kashmir for weapons delivery to their handlers.” They had amassed potassium nitrate from firecrackers bought in a large amount.

“During the raids, the agency got a huge cache of firecrackers. They bought the firecrackers to hide procurement of huge amount of potassium required to make the IEDs,” a senior NIA official related to the probe told IANS.

The official said that the arrested were touch in with their Pakistan based handler Hamza. They planned an attack on several vital installations in Delhi-NCR and other parts of the country with an aim to kill innocent people and strike terror in their minds.

The agency has registered a case on September 11. “NIA also recovered the crude IEDs along with the switches, batteries etc from terrorist Sufiyan`s residential premises in Murshidabad,” the official said.

The official said that Hassan was the main leader of the terror module. The NIA also recovered sharp weapons, country-made firearms, a locally fabricated body armour, articles and literature used for making home-made explosive devices from their possession.

Kerala Police discovered that Hussien was in Kerala for the past decade and was working in a textile shop at Perumbavoor, near Aluva. While Hassan started to live in Kerala since the beginning of the nationwide lockdown.

According to NIA officials, Hassan was casual labourer, Bishwas was a salesman in garments shop, Hussein was a cook, Rahman has been pursuing graduation and is a second-year arts student, Sufiyan is engaged in farming and was a tailor earlier, Ahmed is an electrician in a college, Mondal is a cook, Sakib is pursuing graduation in computer science and Mamun is a mason and also a driver.