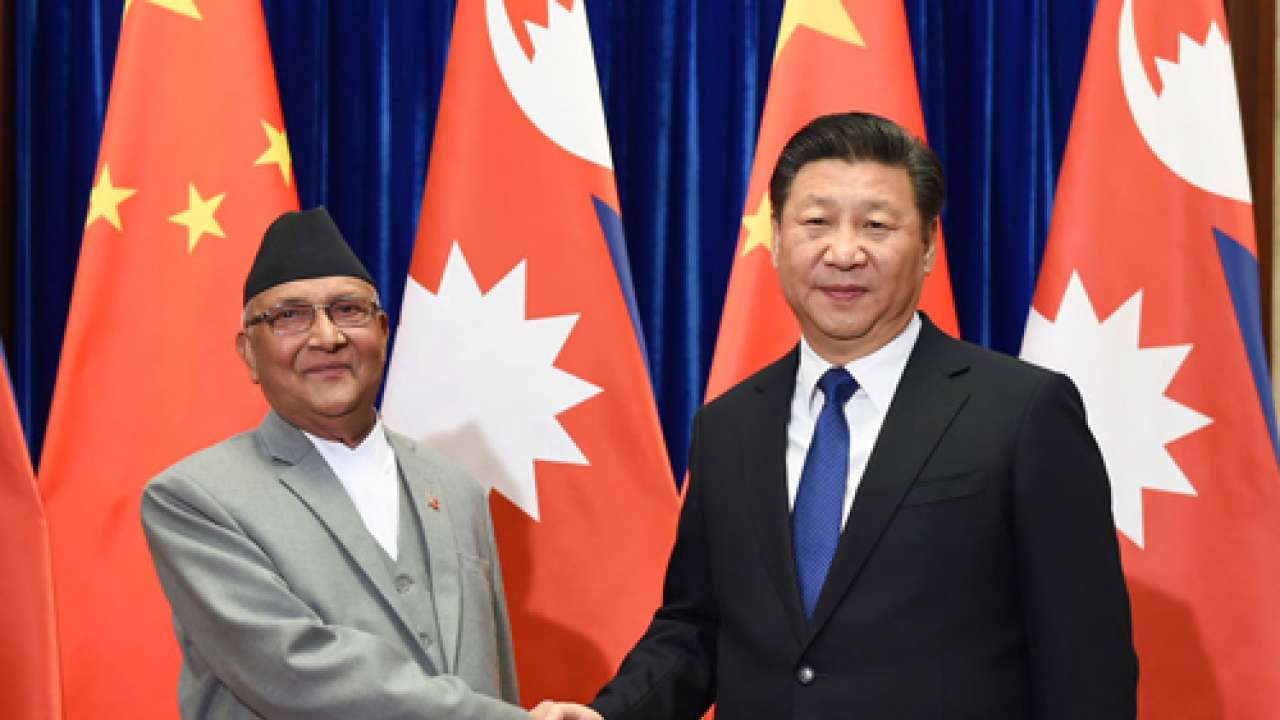 India and Nepal share a unique relationship of friendship and cooperation by open borders and direct people to people contact, but Nepal has now raised rhetoric by releasing a controversial map of the country which shows Indian territories of Lipulekh, Kalapani, Limpiyadhura as its own.

The question arises that at the time when India and China have enhanced military presence in Ladakh, why Nepal has opened a front against India. Recently, Indian Army Chief General Manoj Mukund Naravane said that if Nepal is raising the issue, it is doing so at ‘someone else’s behest’.

In the early May, the political crisis had deepened in Nepal and senior leaders of Nepal Communist Party had publicly demanded Prime Minister KP Sharma Oli ‘s resignation. At the time when political turmoil was on the peak, Oli approached China which is said to have played a significant role in saving his government.

Chinese Ambassador Hou Yanqi held a series of meetings with senior Nepal communist Party leaders and resolved the crisis. She also sought the support of Nepal against an international movement targeting China.

Most Political analysts agree that it is not Nepal but Oli personally who is behind the developments. Oli has manipulated the UML and MC merger process to capture both posts of Party Chairman and President. While applying one man one post principle for everyone, Oli refused to follow it himself, leading to opposition from other leaders.

It is also believed that China engineered the grand alliance of two of the biggest communist parties in Nepal. In 2018, KP Sharma Oli and Pushpa Kamal Dahal, better known by his moniker ‘Prachanda’, had joined hands to form the Nepal Communist Party.

The way New Delhi used to influence Nepal politics has now been replaced by China. In the past, Nepal never had any objection over India constructing road till Lipulekh pass for ensuring a smooth ride to Kailash Mansarovar.

A day after Nepal’s cabinet endorsed a map showing of Indian territories Lipulekh, Kalapani, Limpiyadhura areas as part of its territory, India termed it “artificial enlargement of territorial claims.”

“The Government of Nepal has released a revised official map of Nepal today that includes parts of Indian territory. This unilateral act is not based on historical facts and evidence. It is contrary to the bilateral understanding to resolve the outstanding boundary issues through diplomatic dialogue. Such artificial enlargement of territorial claims will not be accepted by India,” Said Anurag Srivastava, Official Spokesperson of Indian Ministry of External Affairs.

MEA added that Nepal is well aware of India’s consistent position on this matter. “We urge the Government of Nepal to refrain from such unjustified cartographic assertion and respect India’s sovereignty and territorial integrity. We hope that the Nepalese leadership will create a positive atmosphere for diplomatic dialogue to resolve the outstanding boundary issues,” the MEA said.

New Delhi sees an increased Chinese role in Nepal as a reason for current remarks by Kathmandu. Indian Army Chief General Manoj Mukund Naravane had hinted at foreign involvement with Nepal raking up the Lipulekh issue.

Army Chief, speaking at Defence Ministry think tank IDSA’s online meet, said, “I do not know exactly what they are exactly agitating about. Never been a problem in the past, reasons to believe they might have raised these problems, issues at the behest of someone else and there is very much a possibility.”

If we peep into history, when the British demarcated the border between India and Nepal, they made the Mahakali river as the base. Nepal believes that its boundary does not start from the river but from the first waterfall in the mountains. If this claim of Nepal is accepted, India will have to lose 5-km area to Nepal, covering about 32 sq km, besides a large part of the Lipulekh Pass.

In the 19th century, Britain had attacked Nepal several times and reached an agreement, known as Sugauli accord. Under this agreement, Nepal gave up its claim on the areas of India which it had in possession.

During the 1857 War of Independence, Nepal’s army helped Britain. Pleased with this, Britain had returned a lot of land to Nepal, especially the areas of the Terai region including Janakpur and Kapilvastu. Indo-Nepal boundaries were re-determined in 1865. After a silence of so many years, Nepal’s recent move appears to be at the behest of China.

Those who called Pulwama a ‘conspiracy’ must apologise: Javadekar