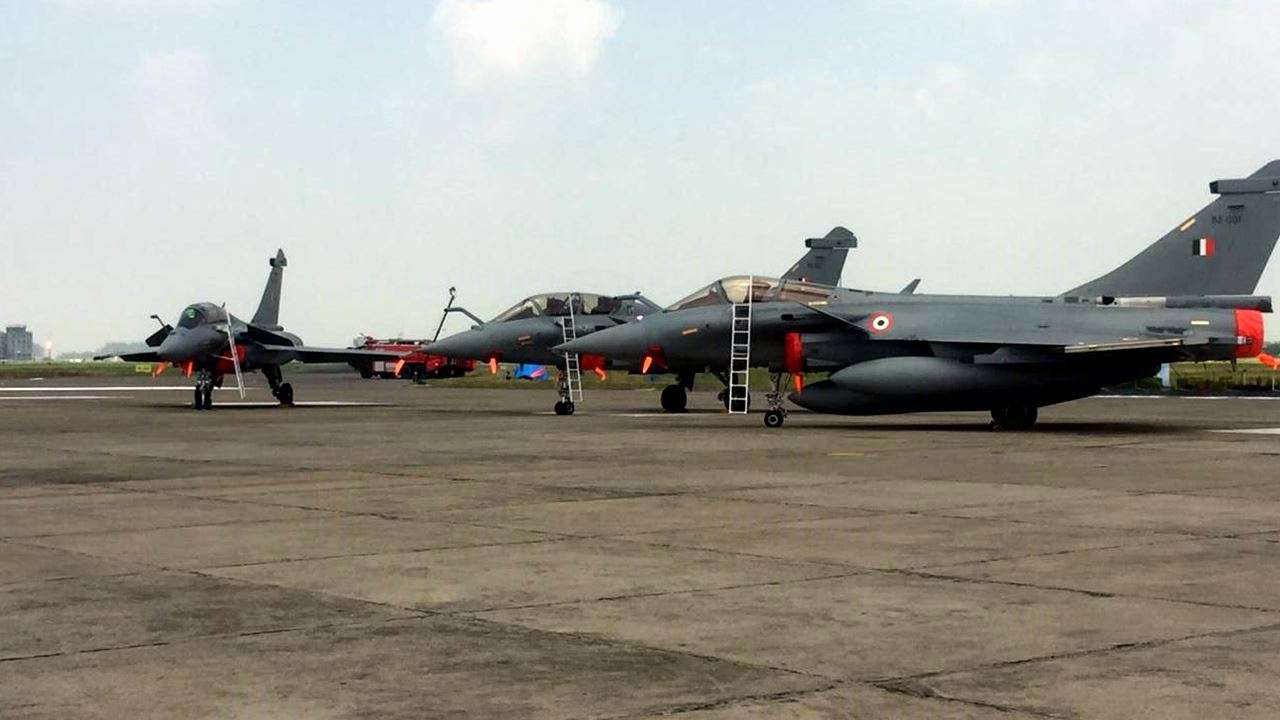 This is French Defence Minister Parly’s third official visit to India since 2017 and one of her very first official trips since the outbreak of the COVID epidemic.

During her visit, the French Minister will meet her counterpart Rajnath Singh and National Security Advisor Ajit Doval.

At Air Force Station Ambala, she was received by Rajnath and the Chief of the Air Staff, Air Chief Marshall RKS Bhadauria. The French Minister was accompanied, among others, by top executives from Dassault Aviation, Thales Group, Safran, and MBDA, representing the French defence majors that have been partnering with many Indian companies as part of the Rafale agreement.

At Ambala, the programme included the ceremonial unveiling of the Rafale aircraft, a traditional ‘Sarva Dharma Puja’, air display by Rafale and Tejas aircraft as well as by ‘Sarang Aerobatic Team.’

The Rafale aircraft have already flown over the Ladakh region and have been familiarising with the terrain over which they have to fly in different parts of the country.

The five Rafales which have arrived in the country include three single-seaters and two twin-seaters. The Rafales, armed with the air-to-air meteor, air to ground SCALP and hammer missiles, are expected to give an edge to the Indian Air Force over its traditional adversaries China and Pakistan in the South Asian skies due to its long-range hit capabilities.

India had signed a contract for 36 Rafale jets under the largest-ever defence deal signed by the country worth over Rs 60,000 crores, of which the majority payments have already been made to French firm Dassault Aviation.

Rajnath had paid a visit to France in October last year to accept the first batch of the Rafale jets on the auspicious festival of Dussehra and also flew the aircraft after performing pooja with traditional Hindu rituals.