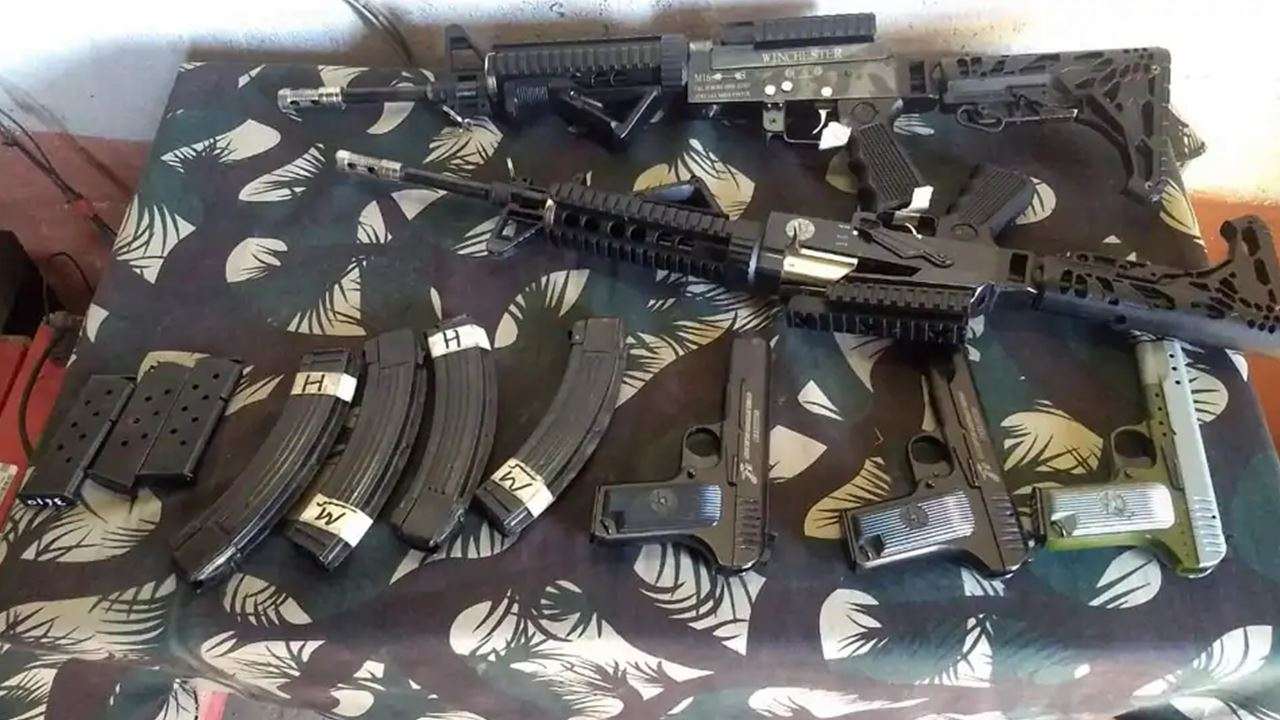 The Jammu and Kashmir police on Thursday arrested two Jaish-e-Mohammad (JeM) terrorists in Kupwara and recovered huge amount and arms and ammunition from them.

On receiving inputs that two JeM terrorists belonging to Sopore area are likely to visit Kupwara to conduct terrorist activities and recruit youth in their ranks, nakas were set up at different locations.

“Acting upon the said input,  Kupwara Police and Army 47 RR established nakas at different locations in the district and intercepted a car Eon bearing registration no. JK05G-0872 near FCI Godown at Drugmullah, Kupwara and during the search of car, two persons affiliated to Jaish e Mohammad terror outfit were arrested along with arms and ammunition,” a statement read.

The arrested terrorists have been identified as 23-year-old Waseem Irshad Gabroo of Arampora in Sopore and 21-year-old Mehrarajuddin Wani of Badshah Masjid, Sopore.

A police official said “Upon a thorough search of the vehicle, huge cache of arms and ammunition was recovered from the car along with incriminating material. Recovery made includes an AK 47 rifle, 01 AK magazine, two grenades, 30 AK rounds and Rs 7 lakh in cash.

Police have registered a case in the matter. Further investigation is underway.