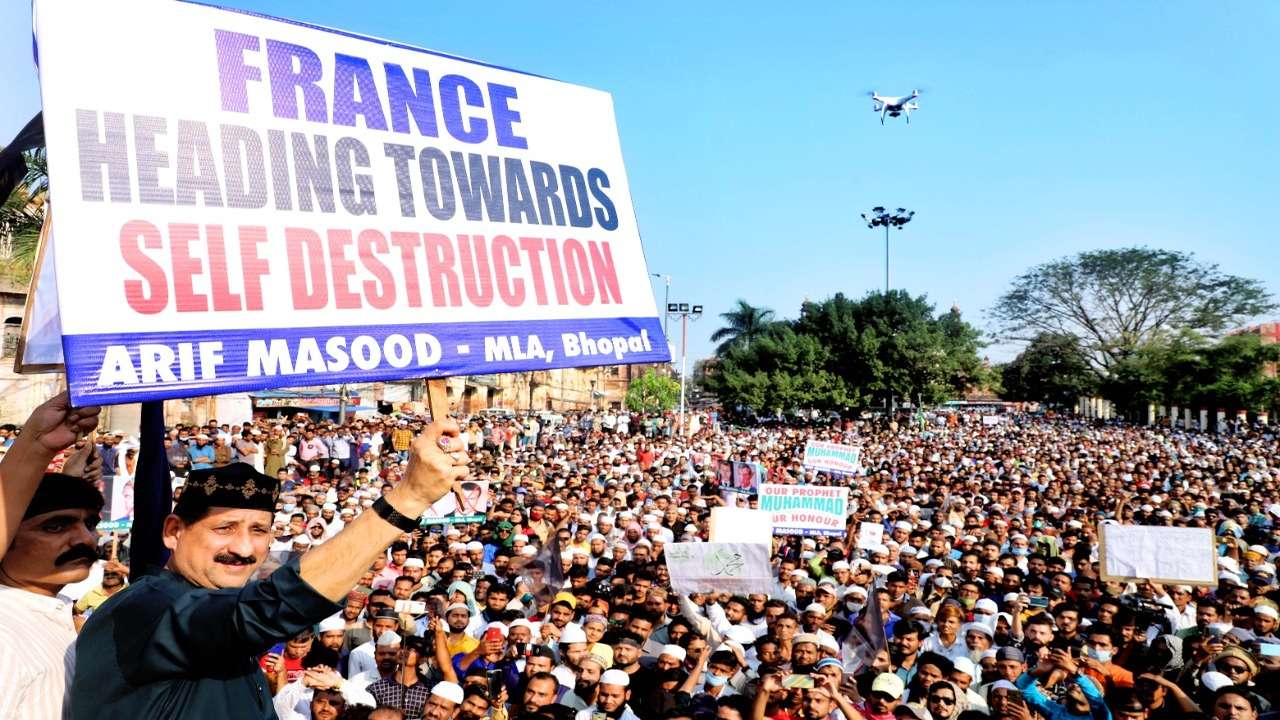 India supports French President Emmanuel Macron, who raised his voice against Islamic terrorism, while a few people in Madhya Pradesh capital Bhopal tried to discount the credit. Thousands of people gathered at Bhopal’s Iqbal Maidan under the leadership of Congress MLA Arif Masood and raised slogans in the name of protest against the President of France Emmanuel Macron. Now the Shivraj Government has taken a tough stand on this.

‘The guilty will not be spared’

Madhya Pradesh Chief Minister Shivraj Singh Chauhan has taken cognizance of the case. According to a ZEE NEWS report, Shivraj Singh Chouhan is angry with this dharna demonstration. Shivraj ordered strict action against the culprits. In a tweet, Shivraj wrote, ‘Madhya Pradesh is an island of peace. We will deal strictly with those who disturb its peace. In this case, the action is being taken by registering a case under 188 IPC. No one will be spared, no matter who they are.’

What is the matter

Thousands of people gathered under the leadership of Congress MLA Arif Masood in Madhya Pradesh capital Bhopal in the name of protest against the French President Emmanuel Macron. During this, there were a lot of religious slogans and arguments. President Macron was asked to apologize, and India should stop import-export from France. During the protest, the coronavirus protocol was disobeyed. People did not even put on masks or follow social distancing. Now the government is going to deal strictly. A case has been registered against two thousand people in the case.

Miley Cyrus opens up on ‘conflicted’ relationship with Liam Hemsworth