Anil Kumble: Would like to see more Indian coaches in IPL 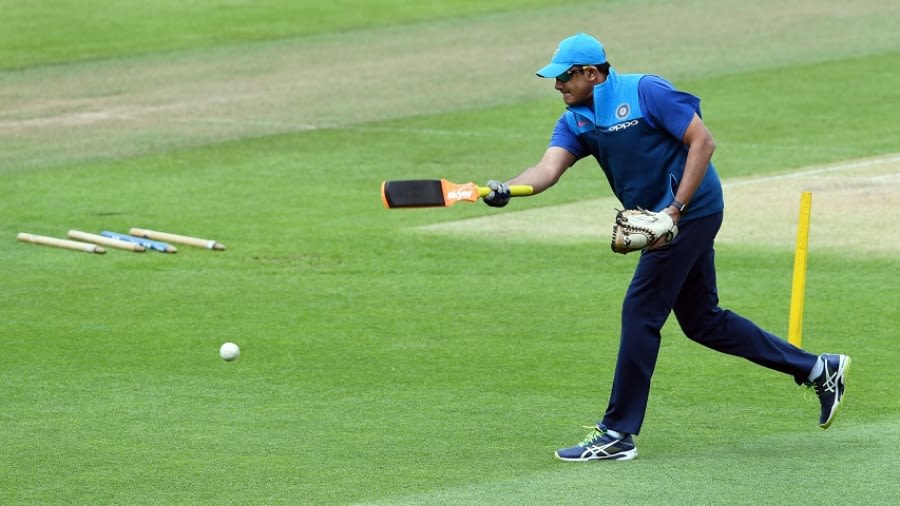 Anil Kumble, who came on board as the head coach of Kings XI Punjab in October 2019, has said that the number of Indian coaches in the IPL is not a “true reflection” of the coaching resources in the country, and that he’d like to see more home-grown coaches in charge of IPL sides. Kumble is the only Indian head coach in the IPL. While each franchise has Indians on their coaching support staff, the head coaches in the other teams are Ricky Ponting (Delhi Capitals), Brendon McCullum (Kolkata Knight Riders), Stephen Fleming (Chennai Super Kings), Mahela Jayawardene (Mumbai Indians), Trevor Bayliss (Sunrisers Hyderabad), Simon Katich (Royal Challengers Bangalore) and Andrew McDonald (Rajasthan Royals).

“I would like to see more Indian coaches in the IPL. It is not a true reflection of the Indian resources. I would want to see many Indians being part of the IPL as head coaches,” Kumble was quoted as saying by PTI on Tuesday.

“It is a bit of an irony – one Indian as head coach. I think at some point of time there will be a lot more Indian coaches.”

Kumble will target getting a first IPL title for Kings XI, with the franchise’s best finish so far being losing finalists in 2014. He has plenty of options to pick from in the squad, among Indian players and overseas. One of the overseas stars in his stable is the 40-year-old Chris Gayle, and Kumble said Gayle’s role off the field would be as important as his big-hitting at the top of the order.

“We still have to see the conditions at the main ground as we have been practicing (at ICC Academy),” Kumble said. “Chris has a major role even as player and even otherwise. His leadership, his experience, the youngsters look up to him. It is not just Chris the batsman we are looking at but Chris in a leadership role in terms of his contribution to developing young players. I want him to be active on the mentorship role.”

Gayle will be competing for one of the four overseas spots in the XI with Sheldon Cottrell, Chris Jordan, Glenn Maxwell, James Neesham, Nicholas Pooran and Hardus Viljoen. While that will give Kumble and the support staff some selection headaches, the coach said picking the Indian players would also be a tricky task given the talent available.

“Not just foreign players picking Indian players will be a challenge,” he said. “We have a few practice games that will we will tell us [the best combination]. We have a strong team. We needed an impact player in the middle and not just with batting and fielding and Maxwell is also handy with the ball. And the fast bowler [Cottrell] who bowls at the death.

“It is about holding nerves. There will be moments, IPL it is not a smooth ride always. We need to focus on what we can achieve, not worry about other teams. We are confident we would be able to achieve that.”

The biosecurity protocols in place have meant movement is restricted for all teams, but Kumble said the upside of that was the support staff getting to know the players well.

“[After arriving in Dubai], it was my first time meeting with the whole squad,” he said. “Because of the Covid situation, we are able spend more time with the team than usual. That way we have been able to understand not just seniors but even the younger lot.”

US Election 2020: What to Know – The International Student Blog