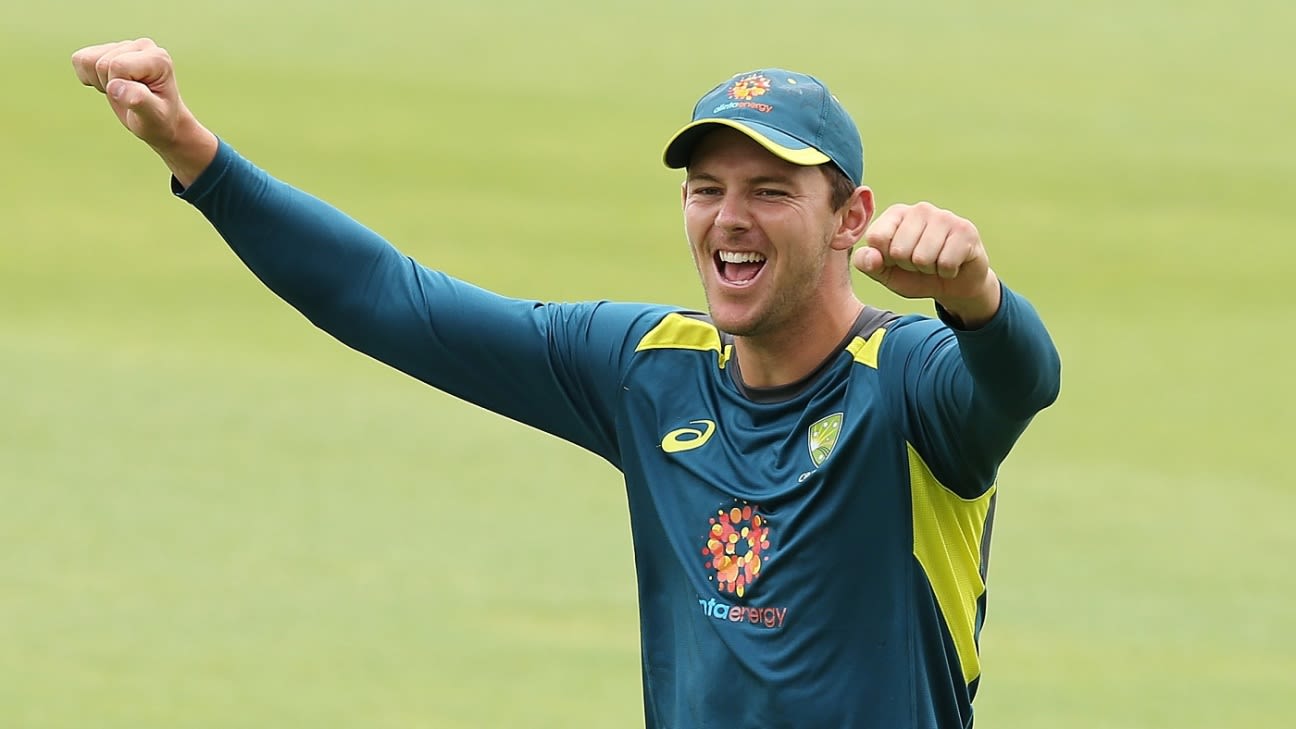 Australia pace bowler Josh Hazlewood is confident that there will be enough preparation for the Test series against India towards the end of the year despite the challenges that the home season will pose.

Hazlewood is one of a host of Australia players, including fellow paceman Pat Cummins, who will head from the ongoing tour of England to the IPL, where he has a deal with Chennai Super Kings, before returning to Australia in early or mid-November.

That will be followed by two weeks of quarantine, although a deal is being worked out which will allow players to train. They could be based in Adelaide initially, following the development that Western Australia would not allow teams to train during that two-week period.

Adelaide is also shaping as the starting point for the series against India in mid-December and it could yet host back-to-back Tests if Melbourne is not able to stage the Boxing Day game, although Cricket Australia is expected to allow as much time as possible before making a final call.

“Things are out of our control a bit at the moment. Obviously, we’d love to start in Brisbane with our great record there. We play well there and sort of get on a role, but this year will be a lot different. We love playing in Adelaide whether it’s red ball or pink and it’s always a great wicket”

The lead-in to that first Test against India remains a little uncertain. On the schedule are limited-overs matches against India, which were being earmarked for the start of the tour, and then the Afghanistan Test which was slated for Perth. But that venue now appears unlikely and the match itself would seem in doubt given the logistics involved, although CA has always stated its commitment to hosting the one-off game.

Hazlewood, who played his first T20I in four years on Tuesday, is a lock for the Test side and could be expected to also feature in the white-ball matches. Given the need for hubs and biosecure bubbles there won’t be the chance to head back to New South Wales for a Sheffield Shield match, but he suggested an Australia v Australia A fixture, similar to the match staged in England ahead of the 2019 Ashes, would provide enough preparation.

“The summer is becoming a bit clearer as the days go by and I’m sure we’ll get enough red-ball cricket before that first Test, whether it’s Australia v Australia A or something like that,” he said. “I’m quite happy with just one long-form game, I feel like that’s enough for me to get up and running. That’s what I’ve done last five or six years, one Shield game and straight into the Test matches.”

Hazlewood admitted the players would ideally like to start the Test series in Brisbane, where Australia have not lost since 1988, but knew that this season will require adjustments on many levels. The series India won two years ago started in Adelaide, where the visitors won, and skipped Brisbane altogether.

“Things are out of our control a bit at the moment. Obviously, we’d love to start in Brizzy with our great record there,” he said. “We play well there and sort of get on a role, but this year will be a lot different. We love playing in Adelaide whether it’s red ball or pink and it’s always a great wicket.”

For now, Hazlewood’s focus is on the tour of England, which switches into ODI mode as the squad heads to Manchester following Australia’s consolation victory in the final T20I, which was enough for them to retain the No. 1 ranking.

Hazlewood replaced the rested Cummins in the XI and produced impressive returns of 1 for 23 in four overs, his first two overs helping keep England to just 33 for 1 in the powerplay as he claimed the wicket of Tom Banton.

It was the first time since the 2016 T20 World Cup that he played the format for Australia, but he slotted back into the Sydney Sixers side last season to help them take out the BBL title and is hoping for more opportunities in the IPL.

“I feel comfortable in the format, have been working on a few things and they seem to be going well.” he said. “Hopefully I get a few games for Chennai this year and every time I get out there in T20 just keep taking the opportunity.”

Sourav Ganguly ‘stable and under close observation’ after undergoing another angioplasty

Value of GMAT in a GMAT optional world

COVID-19 and the Shift to Online Learning — The Learning Scientists