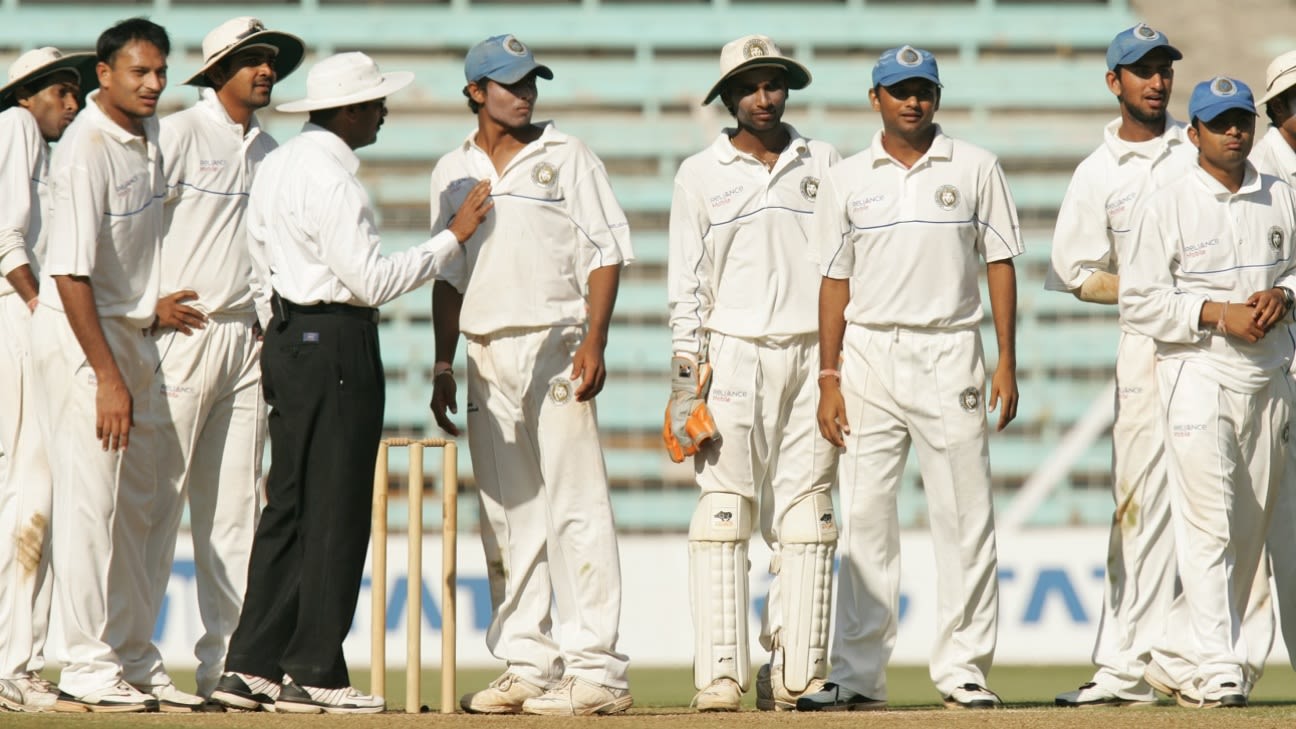 India’s 2020-21 domestic season could be curtailed even further by the fallout of the Covid-19, with a planned late November start looking “impossible”. That’s the opinion of a BCCI official familiar with the process, who also warned that “it is possible that there will be no domestic season at all, or we start in December-January”.

While not disputing that possibility, Ratnakar Shetty, the BCCI’s former general manager (game development) and someone with long experience in domestic scheduling, stressed on the importance of having at least a few competitions, pointing out that “the ICC tournaments are connected to them”. The Women’s and Under-19 Men’s World Cups are scheduled to be held next year.

The tentative domestic plan – waiting to be ratified – put together by the BCCI, and seen by ESPNcricinfo in early August, had just two tournaments for the senior men – the Ranji Trophy and the Syed Mushtaq Ali T20 Trophy – and the 50-over and T20 leagues for senior women. According to that plan, the men’s season was expected to begin on November 19 (with the T20s) and end on March 10. The women’s events would run from November 1 to April 12. A far cry from the 2036 games organised in the 2019-20 season.

But there hasn’t been any progress on the matter, with the BCCI focused on the IPL, which will begin on September 19 and play out till November 10 in the UAE. And the spike in Covid-19 numbers in India, with the suggestion that a fresh burst could hit in October-November, hasn’t helped.

“Nothing has changed officially, but it seems impossible that we will start in November as planned, with [Covid-19] numbers going up all the time,” the BCCI official told ESPNcricinfo. “We are trying to get the season underway, but it is possible that there will be no cricket, or we start in December-January.”

The worst-case scenario is that there will be no domestic cricket whatsoever this season. Apart from the obvious implications of such an eventuality, it could hurt India when it comes to preparations for the global events, particularly for the women and the Under-19 men.

“Some people are talking about a second [Covid-19] wave in November, so that by mid-December or January, there could be some chance of domestic cricket, at least some of the tournaments,” Shetty told ESPNcricinfo. “It’s important because there are ICC events are connected to them. The BCCI will not spare any effort, I can tell you that, we always feel domestic cricket is our strength and we have always catered for that.”

But it’s not just about the BCCI. As Shetty said, there has been little movement on the part of the state associations, for understandable reasons, to get the show on the road should the BCCI give it the thumbs-up sometime in the foreseeable future.

“Although the season used to start in October, the process used to start in April-May in terms of selecting probables, getting them to train, getting the grounds ready,” Shetty said. “Unfortunately, this season, because of the pandemic, there is no sign of the numbers decreasing. The numbers are going up and up, and honestly I am telling you, no state unit has prepared anything for the domestic cricket because there was no chance. There is no SOP or permission for team games as yet. In these circumstances, I think it is going to be difficult and challenging even for the state units to prepare themselves and get the team ready even if you say it is in the month of December.

“The quality of the [domestic] circuit will be affected if we decide to start in December. At the present rate, nothing is possible for at least two more months in terms of the preparation.”