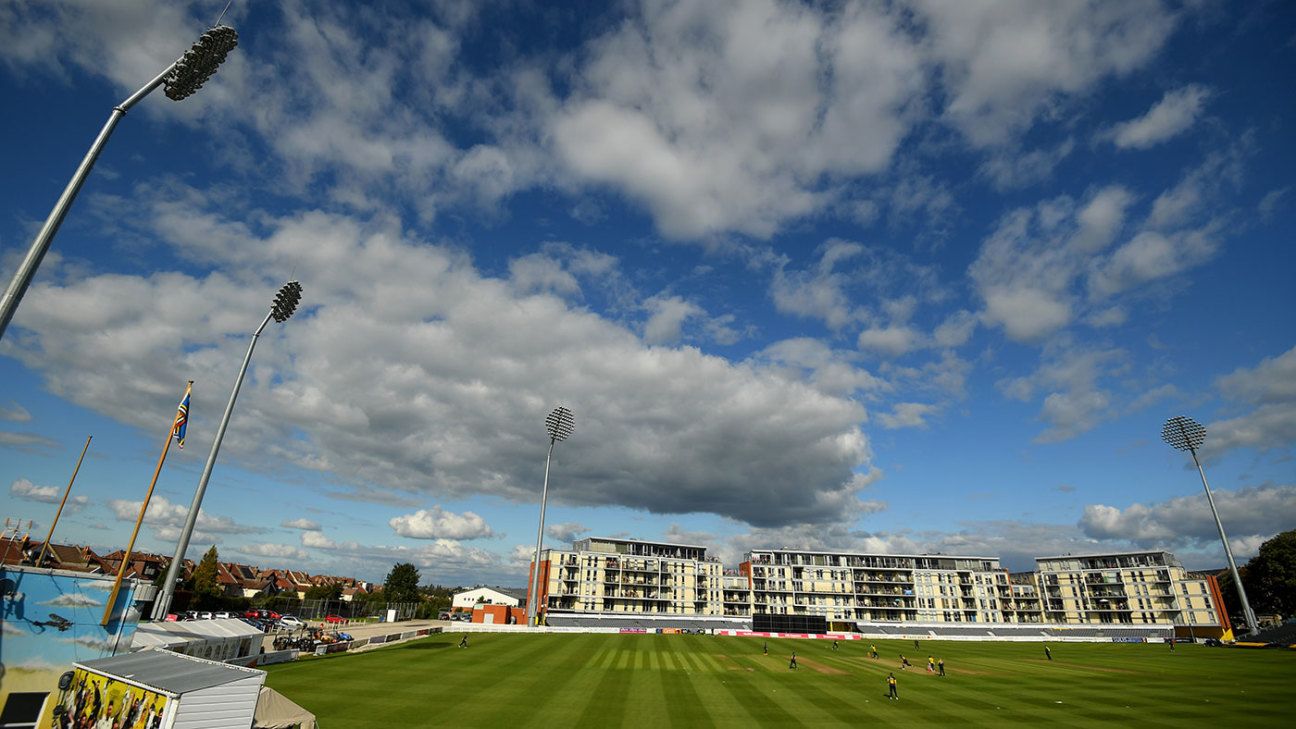 Northamptonshire’s Bob Willis Trophy match at Bristol was abandoned after lunch on the opening day after a player in their squad tested positive for Covid-19.

Gloucestershire had reached 66 for 6 when lunch was taken, but the players did not emerge after the interval and play was called off for the day shortly before 3pm.

Northants have fielded largely different squads in the T20 Blast and Bob Willis Trophy this season, with only two of the team playing this game part of their most recent Blast fixture.

“Although the player was not part of the group that travelled with the squad to Bristol (and has been self-isolating at home), further members of the Northamptonshire squad have been in contact with the player within 48 hours of the player developing Covid-19 symptoms,” the clubs said in a joint statement

“Gloucestershire, Northamptonshire and the ECB are unified in the belief that player welfare is paramount and that no risks should be taken with the health and safety of the players, officials and administrators involved in this match.

The ECB will now assess whom the player has been in contact with recently before deciding upon the next step. Northants’ next fixture – a Blast game coincidentally also against Gloucestershire – is due to be played on Friday.

County cricket has already seen at least two players miss matches due to enforced self-isolation this summer. Nick Gubbins missed Middlesex’s game against Kent as a precautionary measure after coming into contact with someone who had developed symptoms, while Jordan Cox missed the same fixture after breaking social-distancing protocols by agreeing to a photo with young fans after his double-hundred against Sussex.

Players have not been asked to spend their time in a biosecure ‘bubble’ in county cricket, unlike international players. Instead, they have been asked to adhere to a range of protocols to minimise the risks of transmission, including travelling to games alone, regular temperature checks and health questionnaires, and signing up to a code of behaviour both at venues and when off-duty.

There is nothing riding on the game, with neither team in contention to qualify for the Bob Willis Trophy final as group winners.

What hope of a graduate job?

What hope of a graduate job?

Can you answer this Rs 1-crore question that contestant Tej Bahadur Singh could not?