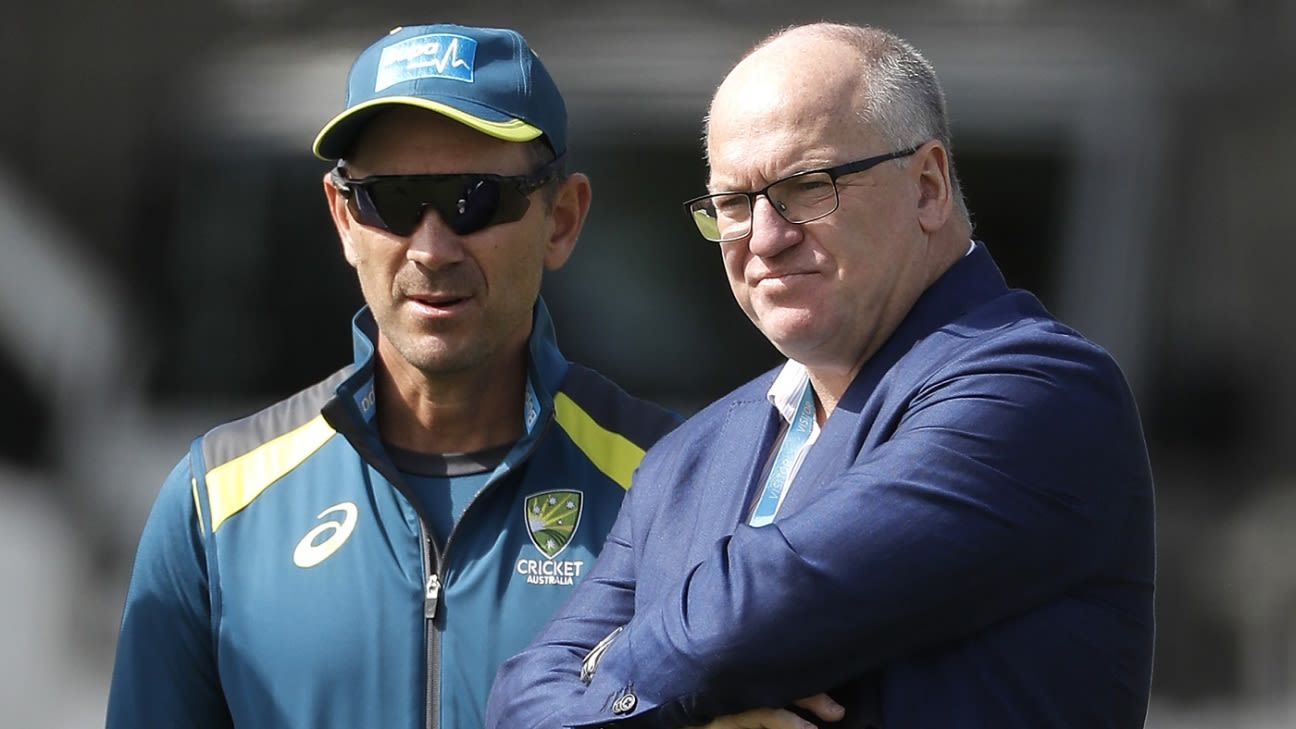 David Maddocks’ rise to become the new chairman of Cricket Victoria in place of the deposed Paul Barker is likely to signal a shift in direction for the state association. Just as significant are the national implications of the political jockeying that led to the change at a board meeting on Monday night.

A little more than a month ago, Cricket Australia’s chairman Earl Eddings was facing the distinct possibility of a third front opening in his running battles with the state associations – this time in his home state of Victoria, following squabbles with New South Wales and Queensland over funding and governance during the time of Covid-19.

A group of premier club figures hostile to Eddings and also the broader direction of Cricket Victoria was looking likely to win two more seats on the CV board, giving them an effective majority over its more pragmatic members, led by the incumbent chairman Barker.

Simon Tobin and Amanda Bond were to stand for the board roles unopposed and in doing so join Peter Williams, Phil Hyde and Jane Nathan on the nine-member group of directors.

Williams, a known adversary of Eddings, had been eyeing off the chair, and with Tobin and Bond looking likely to join him, he would have had the numbers to get there. Such an eventuality would have strengthened state-based opposition to the CA board – a difference of worldview underlined by the CV board’s earlier decision to cull a huge number of community cricket staff under the cover of the pandemic.

Things changed at the start of August, however, as a concerned group of club and community cricket figures reasoned rightly that Tobin and Bond needed to at least face some sort of opposition in their quest for votes from the state’s system of premier cricket, community cricket and regional cricket delegates: a grouping weighted overwhelmingly in favour of Melbourne premier clubs. The competition currently holds 18 of a possible 25 delegate votes at each election of the six elected board members – three are appointed independents.

Ross Hepburn, formerly the president of Dandenong, and Penelope Cleghorn, a stalwart of the Box Hill club and also the women’s Premier panel chair, submitted their applications in the final week before the deadline. It said much for the polarising nature of those backing Tobin and Bond that they were duly defeated by Hepburn and Cleghorn who, though not lobbying for votes until very late in the piece, carried far more goodwill with them.

Hepburn and Cleghorn duly provided their views in terms of the selection of the chairman, a process that saw Barker exit the chair and also the board entirely, while Maddocks was elected to the post ahead of Williams. This outcome meant that instead of facing likely hostility from within Victoria, Eddings has in Maddocks a state chairman who shares plenty of history through their links to the Greenvale Kangaroos club.

Maddocks was the final president North Melbourne Cricket Club before it merged successfully to become part of the Greenvale Kangaroos club. His predecessor at North Melbourne was none other than Eddings.

Cricket administration – particularly in times of crisis – is a part of the Maddocks family story. David’s father, Dick Maddocks, played for Victoria in addition to more than 200 appearances for North Melbourne CC. His uncle, Len Maddocks, kept wicket for Australia in seven Tests, and later was a director of the Australian Cricket Board on either side of the World Series Cricket split.

“Victorians are experiencing difficult times due to COVID-19 and, as one of the major sporting codes, cricket is also facing considerable challenges as a result of various restrictions that have been in place over recent months,” Maddocks said. “The Board’s focus will remain the welfare of women’s, men’s and junior cricket at all levels throughout metropolitan and regional Victoria.”

“Cricket Victoria will continue to be a community leader in inclusion and diversity, and we will continue to work collaboratively with all stakeholders, including Cricket Australia and government partners at all levels.”

One area that will intrigue is whether Maddocks attempts to walk back any of the aforementioned cuts to community cricket staff. The culling of more than 60 staff from the governing body, the majority of them geared at supporting the game’s grassroots beyond premier cricket, drew howls of protest from around the state and the country.

In parallel to the CV saga, state opposition to CA has also been forced to change shape through prevailing circumstances – not least the plans for a complicated summer and fresh squabbles with broadcasters that have underlined the need for unity among cricket’s governors across the country.