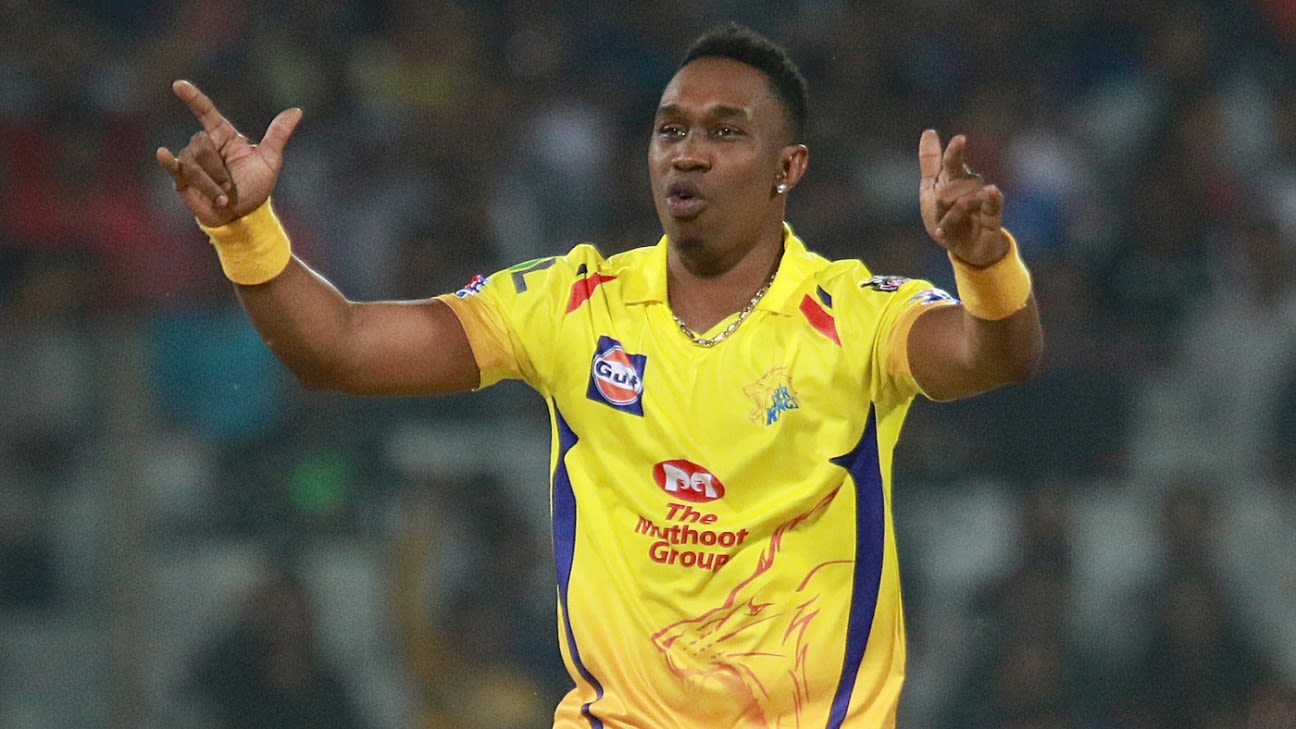 Dwayne Bravo is injured and will probably miss at least one more game, Chennai Super Kings’ coach Stephen Fleming said after his side made a winning start to the IPL season by beating the defending champions Mumbai Indians. Bravo didn’t bowl in the CPL final on September 10 either because of his knee injury.

Sam Curran, chosen in place of Bravo, turned out to be an inspired selection as he backed up his bowling effort of 4-0-28-1 with a six-ball 18 at the business end of the chase. “Dwayne was injured so he is probably out for the first two games,” Fleming said. “But Sam’s performance was a big positive. His attitude is quite infectious. His performance today was quite outstanding. Straight off the plane yesterday.

“If Dwayne was fit, it would have been a toss-up if he [Curran] had played at all. So he has taken this opportunity and put some pressure on.”

It wasn’t necessarily a toss-up between Curran and Bravo, though. Lungi Ngidi was the other quick the Super Kings used. He went for more runs, but he too staked a claim for an overseas spot with three wickets. Fleming didn’t rule out both Curran and Bravo playing together, but he said they were yet to assess all the conditions they will encounter in the UAE.

The Mumbai Indians, on the other hand, continued their trend of a surprise pick in the season opener, choosing James Pattinson this time for his first match for any franchise outside Australia. This was the first T20 he was playing outside Australia since 2012. He, too, returned impressive figures of 4-0-27-1, but he, too, was more a forced pick than an inspired selection. At the toss, Rohit Sharma revealed that Nathan Coulter-Nile had a niggle, which is why he wasn’t available for selection.

There was no update from the Mumbai Indians on the nature of Coulter-Nile’s injury and when he might become available.

Who won what in the 2020-21 Australian domestic season | Cricket