Daren Sammy: ‘I would really love to finish in front of my St Lucian fans’ 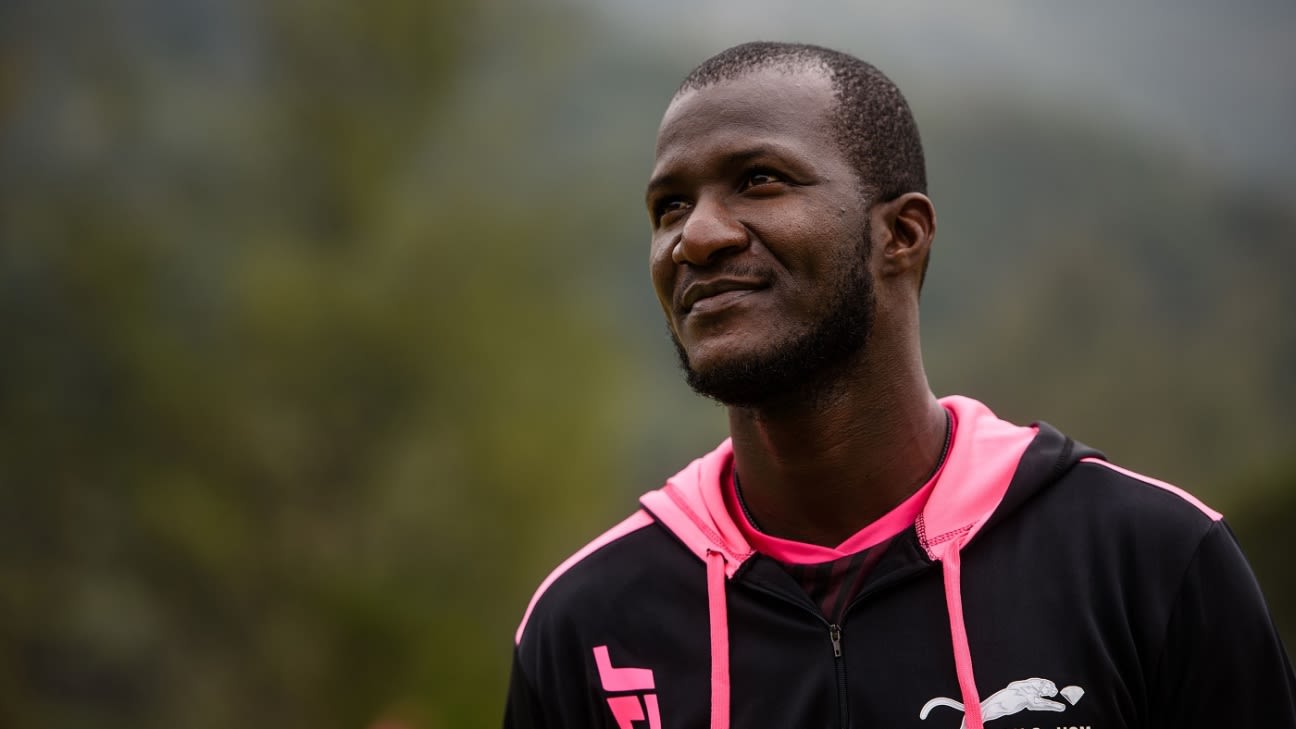 Daren Sammy‘s place in the XI was often questioned when he was the West Indies captain. He didn’t quite have the flair or aura of his predecessors, but he undoubtedly brought results, particularly in T20 cricket. Things aren’t too different with Sammy at the helm of St Lucia Zouks in the CPL. He has managed just 34 runs in nine innings at an average of 5.66 and a strike rate of under 80 this season. He has bowled a mere two overs, giving up 19 runs for one wicket. But the Zouks have made the playoffs for only the second time in their history, and will make their first-ever final if they topple five-time finalists Guyana Amazon Warriors on Tuesday.

Not many gave the Zouks a chance to go so deep in the tournament, especially after some of their key players, including Chris Gayle, became unavailable. Head coach Andy Flower said as much last week, while reiterating his faith in Sammy, whom he called an “inspirational figure”.

So has the lack of expectations worked in Zouks’ favour? “A lot of people have said a lot of things about the St Lucia Zouks and the performance in the history of the CPL. But I’m one who has always been confident silently in our dressing room,” Sammy said ahead of the semi-finals. “I said that the guys we have in the squad this year are not superstars, but guys that could be very effective in these conditions.

“You [have] seen the way we played throughout this competition – you know especially when we’re out there in the field as a unit, I can’t stress enough on how my men, especially my bowlers, have responded in these conditions. And the way we defended low totals and we have to do it two more times to win this competition.”

While Mohammad Nabi’s displays with ball and bat have made up for Gayle’s absence, the Zouks have also found unlikely heroes in Roston Chase and Javelle Glen. Chase was not a CPL regular before this season, but he has regularly fronted up to bowl in the death overs and accumulate with the bat in the middle order on the turning tracks in Trinidad.

Glen wasn’t a CPL regular either before 2020. The 22-year-old was sidelined from the 2018 season with injury and was with Jamaica Tallawahs in 2019, playing as a batsman who could bowl a bit. This season, however, Sammy has used Glen as an attacking legspinner, matching him up with right-handers and restricting them from accessing the smaller boundaries.

The pitches for the final week at the Brian Lara Cricket Academy have been more batting-friendly than earlier in the season, but Glen, Chase, and Zahir Khan still combined in the end overs to strangle the Tallawahs in their chase in the last league fixture.

“You look at the situation of the game – you know you have the advantage of whether the pitch assists spin or there’s a big boundary to which the batsmen have to hit,” Sammy said. “If you see throughout the tournament spin has been difficult to get away. Plus, Javelle every time he comes on to bowl, he brings this type of energy – positive energy – and it’s infectious and the team goes with it. I needed somebody who can spin the ball away from righty to hit in the big side and he was the guy.

“I know he has done it before against Barbados and the confidence level he has…we trust him enough to do the job for us when required. And Roston has showed, his ability to execute – whether wide yorkers or making them hit to the big side – you always go for that experience.”

Sammy had a taste of coaching earlier this year, moving upstairs at Peshawar Zalmi after giving up the captaincy in a mid-season reshuffle at the Pakistan Super League (PSL). Sammy, who will be 37 next year, conceded that CPL retirement has “crossed his mind”, but he hoped to exit in front of his home fans in St Lucia at the stadium named after him.

“I’m pretty sure this year if we were playing in front of the crowd and I get to play in front of my home fans in St Lucia, I probably would’ve called it [a day] – like I always say; that’s it. I still have some time and I would really love to finish in front of St Lucia and my St Lucian fans at home and bow out at the Daren Sammy cricket ground. But, it all depends on how hard I work after this. If we win the cup, I will definitely have a think about it. I know I’m closer to retirement than playing more T20 cricket – that’s the truth.”

‘One country can’t get all the love’

In the wake of the coronavirus pandemic, the entire CPL season has been played behind closed doors in Trinidad. League leaders Trinbago Knight Riders, who have a bevy of Trinidad-based players in their squad, have enjoyed overwhelming home advantage. Before the start of the tournament, some of their players were also allowed to remain outside the bio-bubble and train while the rest of the squads were holed up in their hotel rooms. That didn’t go down well with Sammy. When asked if he would come back and play the entire tournament in just one country in a similar scenario, Sammy said he would, but wanted another country to get the chance to host the tournament.

“I was very vocal in my dissatisfaction of what I was seeing in terms of bubble – guys having access to training and facilities every day when others were not,” Sammy said. “I questioned that but one thing I didn’t question is the availability of cricket for all those probably 160 cricketers that are here showcasing their talent.

“Now if, let’s say next year, we still have to play in one country, I know for sure it can’t be Trinidad. You’ve got to share the love somewhere else – whether St Kitts, whether St Lucia – and we can come back. And one country can’t seem to be getting all the love all the time. That’s what I’ll say on that.”

House to deliver Trump impeachment charge to Senate on January 25