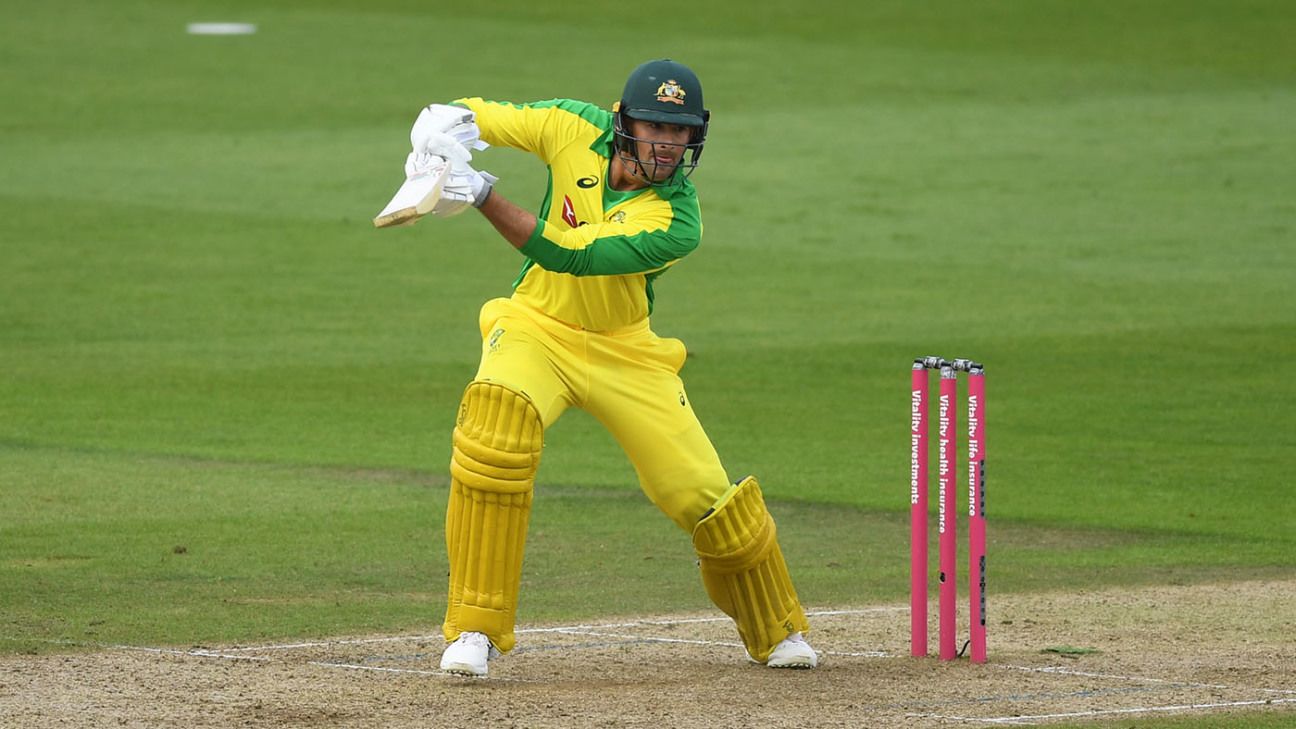 The middle-order of Australia’s T20I side is under the microscope, but Ashton Agar believes he is making “small steps” in learning the art of finishing an innings having been given a pivotal position.

The make-up of Australia’s XI with Agar as one of five frontline bowlers sees him in the No. 7 spot and he has walked to the crease in two contrasting, but common, situations in the first two games against England, both of which have gone the way of the home side.

In the opening game he came in during the 17th over with a run chase losing its way and the equation standing at 30 needed off 21 balls. Agar managed just 4 off 5 before he was run out in the penultimate over as Australia made a mess of things to lose by two runs.

On Sunday, Agar walked in at 89 for 5 in the 13th over with a first innings needing rebuilding if anything close to a competitive score was to be reached. Agar didn’t exactly blaze a trail but made 23 off 20 balls as the middle and lower order scrambled their way to 157. It made a game of things but Jos Buttler, the master of a finish wherever he bats, guided a very efficient chase.

“It is a difficult role, coming in with minimal balls left and you could be in different situations. I’ve seen that vary a lot in the last two games,” Agar, who has also taken four wickets in the two matches, said. “Generally, you have a batsman at the other end and the key to getting your innings started is getting them on strike, finding your boundaries when you can.

“I feel like I’m slowly learning to figure that role, trying to play some better cricket shots, limit the amount of balls I hit in the air at the start and hopefully take it as deep as I can to try and finish off an innings. Yesterday was maybe a small step forward in that direction.”

Agar has only had a handful of opportunities at the crease since he returned to the T20 team in the last Australian summer. The prolific top order meant he did not get a bat in the series against Sri Lanka and Pakistan (neither did Alex Carey at No. 6) before making 20 off 12 balls in Johannesburg, a game he capped off with a hat-trick.

His overall strike rate is a modest 110.08 – for anyone who has batted at least ten times at No. 7 in T20Is he is the fifth slowest – and he has only hit four sixes in 12 innings. In all his T20 cricket the majority of his innings have been at Nos. 6 and 7 but the strike-rate remains just over a run-a-ball.

“It’s definitely a role that I’ve identified that if I can fit into well I can really help the team,” he said. “It’s a tough role and one I really need to improve on because it’s really important at that backend of an innings. To get an extra 10-15 runs out of that position in a minimal amount of balls, that can be the difference either setting or chasing.

“We bat quite deep now as you saw with Patty Cummins last night hitting Jofra for a beautiful six, that’s a really good sign for us. Justin Langer asked all the bowlers to go away and work on their batting throughout the practice games.”

While disappointed at the two defeats, particularly having let such a strong position slip in the first match, Agar said that after six months without cricket there remained a strong belief in the squad.

“It really hurts to lose a series but we look around the changing room and we know we are a really good T20 team and if we win a couple of those small moments it shows we are super competitive against the best teams in the world. To match it with a team who has had a summer of cricket and been playing really well, coming off no cricket, we are very close.”