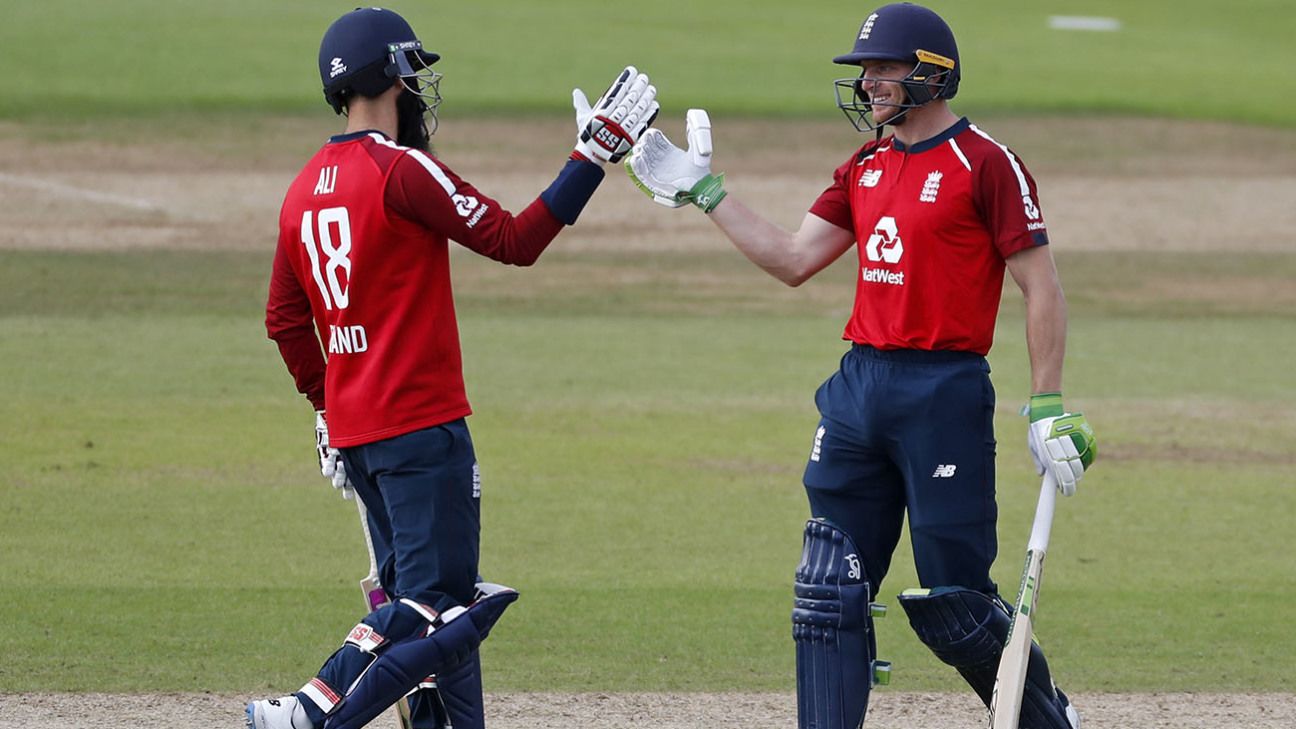 Mitchell Starc believes Australia’s off-the-pace showings in their opening two T20 internationals against England are the result of a lack of cricket after seven months of coronavirus-induced torpor.

The Southampton pitch turned out to be more lively than the captain Aaron Finch had expected when he opted to bat first. After failing to finish off their opening match on Friday to raise familiar questions about the middle-order batting, the tourists chose to avoid chasing in the second fixture yesterday only to be blown off course by a fiery England attack in the opening overs.

From there, the Australians were always going to struggle to put up a winning total, leaving Jos Buttler to do what Finch and David Warner had failed to in the first game by batting through the innings to see the hosts home to a series victory with one match to play on Tuesday.

“It’s not an excuse but coming off five months without cricket doesn’t help,” Starc said. “You can’t really simulate international matches by having nets or a centre-wicket practice. And T20 cricket is such a short game – those little moments have really cost us in the long run. We’ve been a little bit off where we want to be and I think that comes from a little bit of game time.

“Hopefully now we can fix that for the third game and then move on to the one-dayers, and show now [that] we’ve had that game time we can get those plans right and execute a bit better than we have those first two T20s. Like in the first game when we had it in control and [had] a little slip with the bat, and playing England you aren’t going to get that back. There was still plenty of good stuff with bat and ball. I think we were just that little bit off, which I think you get from playing cricket.”

Starc, who has bowled with pace if not perfect rhythm in the two games thus far, said that he had personally witnessed incremental improvement over the two outings, and expected the trend to be maintained throughout the brief tour.

“My plans have been pretty simple,” he said. “I’ve felt that execution was slightly off [in] game one, felt pretty good today. [There were] probably only one or two balls that I didn’t execute the way I wanted to. So it hasn’t taken a whole heap. I’ve been bowling for three and a half – close to four months now – anyway. It’s just that match intensity. International cricket is always going to be a step up from having centre wickets, like we have done for the last week and the net sessions that were all we had back home, in small groups.

“So slightly different to England, who have played six [five] T20Is already in the last couple of months. We’re here to play international cricket and win, but I think that’s where we can have a look and say we were slightly off in some key moments. Hopefully, now we’ve got the two games we can look at, readjust our plans and hopefully fix our execution in the third game and one-day series as well.”

Assessing Buttler’s impact on the game, in contrast to how Finch and Warner were unable to bat through the innings in the first match, Starc said the England opener had done his job.

“In terms of structuring an innings, our batters are going to have their own plans and play their own way,” he said. “I don’t think we have too many that bat exactly like Jos, he’s someone who moves around the crease a lot, something that Smithy [Steven Smith] does I guess. But in terms of someone being destructive in the powerplay and getting your team through to the end, that’s something how you want your openers to do.

“He is a clean striker of the ball and he certainly got them home today with the bat. When you get someone striking them the way he has for the last two games, it is so powerful in T20 because it’s such a short format. It is something we are going to have to plan for now for the third game. We need to chat as a group and be ready to go for the one-dayers as well.”

Having fielded the same side in the first two games, Starc said that the selectors needed to be mindful of tinkering too much with the team so close to a T20 World Cup, slated for India a little over a year from now. Mitchell Marsh, Marnus Labuschagne and Nathan Lyon are among the players waiting in the wings.

“It’s not about handing out games – if the selectors think they’re going to help us win a game of cricket then I think that’s the way to go,” Starc said. “But we’ve got two World Cups in the next two years. It’s a chance to [play the best side] – there’s not a heap of T20 cricket before the World Cup, so you can’t waste games whether it’s the end of the series or not. So I guess on the longer picture, we’ve just had five months of no cricket, so I think everyone is relishing the chance to play and improve. And we can certainly improve on those first two games.”