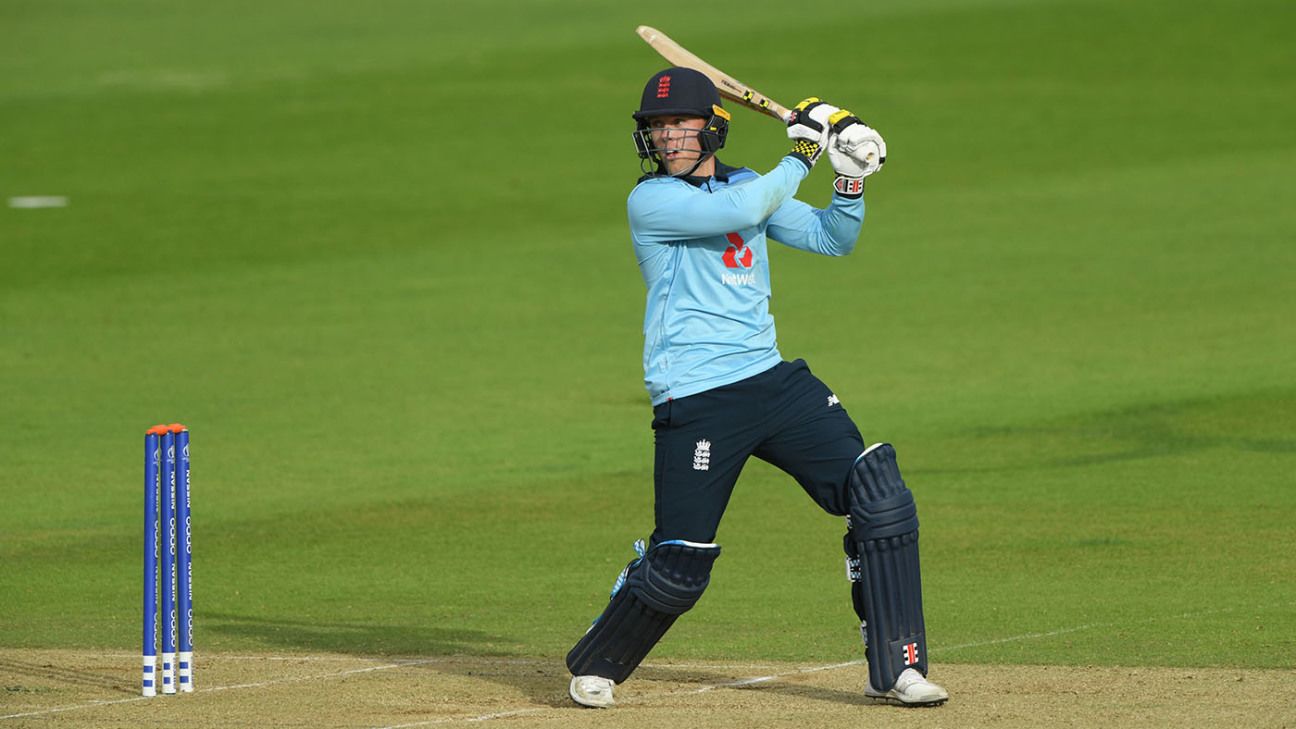 England have called up Sussex batsman Phil Salt as a reserve for the three-match ODI series against Australia, starting at Emirates Old Trafford on Friday.

Salt, 24, is uncapped but impressed when part of England’s white-ball training group earlier in the summer, smashing a 58-ball hundred in a warm-up match for the Lions against Ireland. An attacking opener, he was previously involved in England’s T20I squad against Pakistan last summer.

He joins Joe Denly and Saqib Mahmood as reserves for the Australia ODIs. England still hope that Jason Roy, who is not part of the 13-man squad, could be involved after a side injury. Roy missed the T20I series against Pakistan and Australia but will be assessed again in the next few days.

Salt had been named in Sussex’s squad to play Surrey in a Bob Willis Trophy match starting on Sunday, but he will now be unavailable for his county.

Sussex were already without veteran seamer Mitch Claydon, who faces an ECB investigation into allegations that he used hand sanitiser on the ball in last month’s game against Middlesex at Radlett. Claydon took 3 for 23 in the first innings but Middlesex recovered from being bowled out for 102 to win by five wickets.

THANK YOU to our 2020 Community! — The Learning Scientists