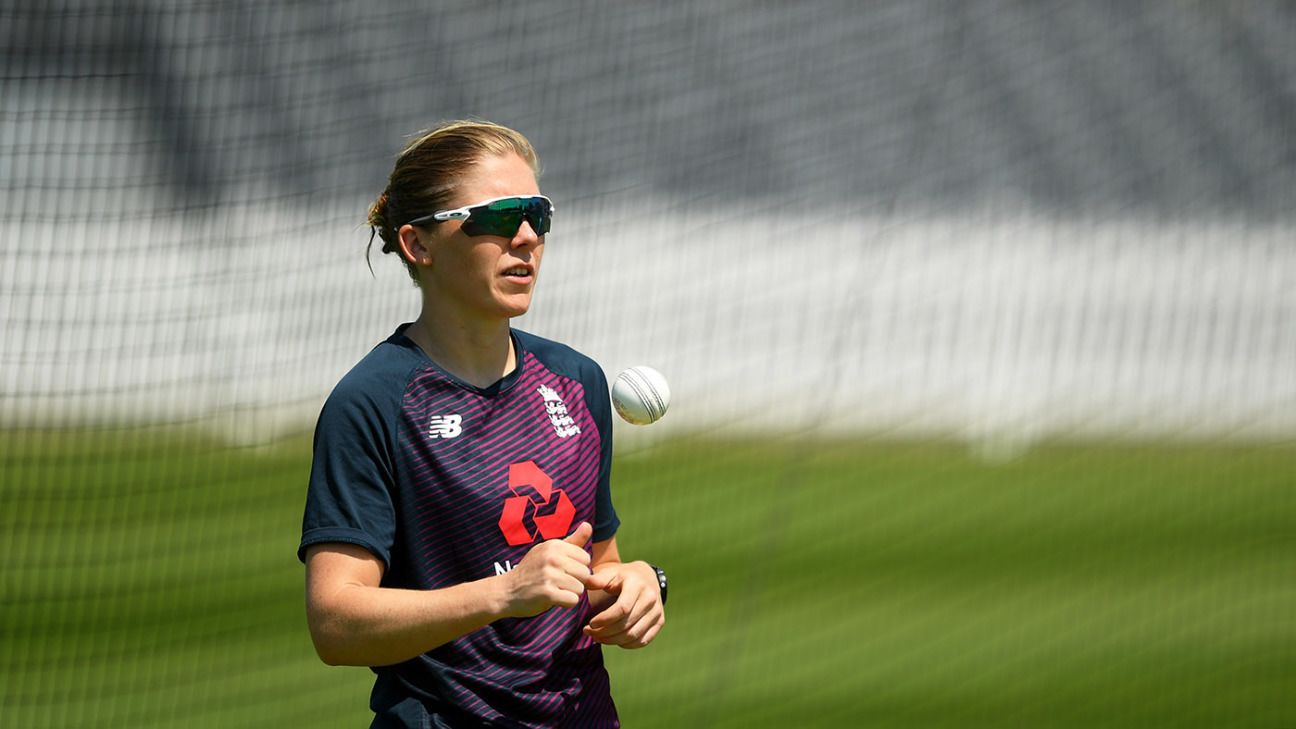 England and West Indies Women plan to honour the Black Lives Matter movement when they begin their long-awaited T20I series next week.

Heather Knight, the England captain, has been in contact with her West Indies counterpart, Stafanie Taylor, and the pair plan to further discuss how best to honour the movement during the five-game contest starting on Monday.

The teams also will also wear the Black Lives Matter logo on their shirts, just as the England and West Indies men’s teams did during their Test series in July. Both teams and their support staff also took a knee before play throughout that series, as did England and Ireland during their three ODIs.

But England, Pakistan and Australia opted not to perform the gesture in their subsequent series, drawing criticism in recent days from former West Indies great turned commentator Michael Holding.

“We’ve had a chat as players and we definitely want to do something to obviously honour the movement and give our support to it and keep the conversation happening,” Knight said.

“We haven’t had a chance to catch up yet, it’s quite hard because we’re in two separate bubbles in one big bubble so I’ll speak to Stafanie over the next few days to work out exactly what that looks like for both teams. But us as players, we want to do something and we’re working to support it.”

With India and South Africa cancelling planned tours in the wake of the Covid-19 pandemic, Knight admitted there were times when the prospect of there being no international women’s cricket during the English summer had crossed players’ minds.

In May, Clare Connor, the ECB’s managing director of women’s cricket, said she would be “devastated” if there were no international women’s fixtures on English soil this summer.

With England men having crammed all 18 of their scheduled international fixtures into a truncated summer, Knight admitted she would have felt “jealous” if the women had not been able to play and she praised the efforts of the ECB and West Indies to arrange the tour, something she believed would not have happend just a few years ago.

“I think the way the ECB have been, we knew that they were going to do everything in their power to try and get some cricket on,” Knight said.

“They’ve done exactly what they would have done for the guys, which is real progress. I don’t think that would have happened sort of three or four years ago. So I think we knew that there was a good possibility that we’re playing and that was great that is locked in.”

With the England men’s season concluding at the end of their ODI series against Australia on Wednesday, the women have the international stage all to themselves.

The matches will be broadcast on Sky and the third game – on Saturday, September 26 – will be shown live on the BBC, the first time an international women’s fixture has been on free-to-air TV in the UK since the 1993 World Cup final.

That presents an opportunity that is not lost on Knight or her squad, to rebuild some of the momentum of the T20 Women’s World Cup, which culminated more than 86,000 fans watching Australia defeat India in the final at the MCG in March, shortly before the pandemic closed down international sport and prompted many countries around the world to go into lockdown.

Joking that the “weather owes us one” after their T20 World Cup semi-final against India was washed out, allowing India to progress on the strength of finishing top of their group, Knight said her players were also keen to expand on the form they had begun to unearth at the tournament.

“We’ve got a real opportunity to show what we can do in these five games,” Knight said. “I think so many people are happy to have sport and cricket back on telly and hopefully they’ll tune in.

“We’re looking to really push forward now as a side. We started to see a bit of a shift towards the back end of the World Cup in terms of how we want to play as a team. Obviously the weather cut that short a little bit and we weren’t able to really see where we could go but we’ve had a lot of planning time leading into the back end of the summer.

“We’ve had a chance to sit down as senior players and coaches and work out where we want to go as a side and try and really push the limit of how good we can be. That’s been quite exciting and hopefully we can show that in the five games.”