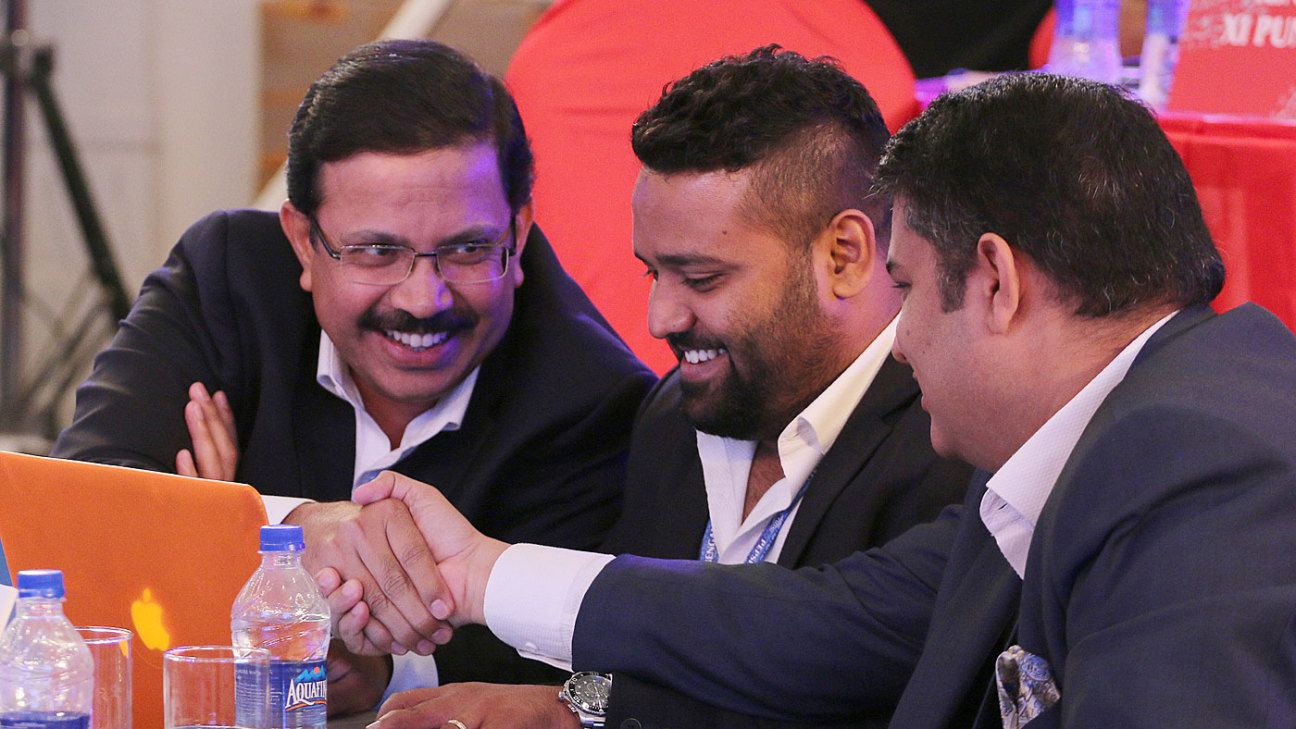 Is it a good idea to postpone the “mega” IPL auction, scheduled to be held ahead of the 2021 season, by a year? A number of franchises have brought this point up for discussion with the IPL, and Venky Mysore, chief executive of Kolkata Knight Riders, believes it isn’t a bad suggestion in principle.

As things stand, given the 2020 edition is being held five months after it was to originally supposed to begin, due to the Covid-19 pandemic, the franchises will have less than four months to plan for the big reshuffle a mega auction would bring if it were to go ahead.

While the auction held last December was a smaller affair, with teams only looking to fill in the gaps in their squad, as per the norm, barring a handful of retained players, all other players would go back into a mega auction. Franchises use these mega auctions to rebuild their teams for the next three-year cycle. The last mega auction, conducted over two days, was held in January 2018, after Chennai Super Kings and Rajasthan Royals served out their two-year ban in relation to the earlier spot-fixing case. As many as 169 players were sold in that auction.

“I’ve heard that as well and it’s not a bad idea to push it back by a year, considering we’ll have such a short period of time between the finals [this season] and the start of the next [edition] in April-May,” Mysore told ESPNcricinfo. “So it’s not a bad idea, but has to be thought through.

“There are various other ramifications of what it may mean contractually for the players and what not, but it [the mega auction being pushed back] has been done before when two teams were banned – the auction was pushed back by a year. So there is precedence to that. Whether this situation [pandemic resulting in a short window between two editions] warrants that, let’s wait and see, but it’s not a bad idea for the moment.”

“Yes, I read that, and I agree with him,” Mysore said, but also added why he felt foreign professionals held a slight advantage: their experience in overseas leagues as players – the BCCI as yet does not allow Indian players to play in overseas leagues – which they later put into use in IPL coaching roles. However, he said, “it’s only a matter of time” before there are more Indian head coaches in the IPL.

“Sometimes we forget this is a very young league, we’re only into the 13th year,” Mysore said. “Until India won the championship [T20 World Cup] in 2007, it [the T20 format] hadn’t caught the imagination of the public. Foreigners have had more experience playing the format, and because they’re allowed to go and play in the other leagues, there’s a certain experience they bring with it.

“But if you see within our own [the KKR] set-up, Abhishek Nayar is our assistant coach. He’s outstanding, he runs our KKR academy. His knowledge about the Indian boys is outstanding, [and] they look up to him. He’s a mentor. Similarly, we have Omkar Salvi, the assistant bowling coach. Kamlesh Jain is our head physio. All these guys have grown into their positions.

“Earlier if you looked at physios or strength and conditioning coaches, it was always the foreigners by default. Now, a lot of quality is coming through and I don’t see any reason why head coaches can’t be Indian. It’s just a matter of time and I’d love to see that.”