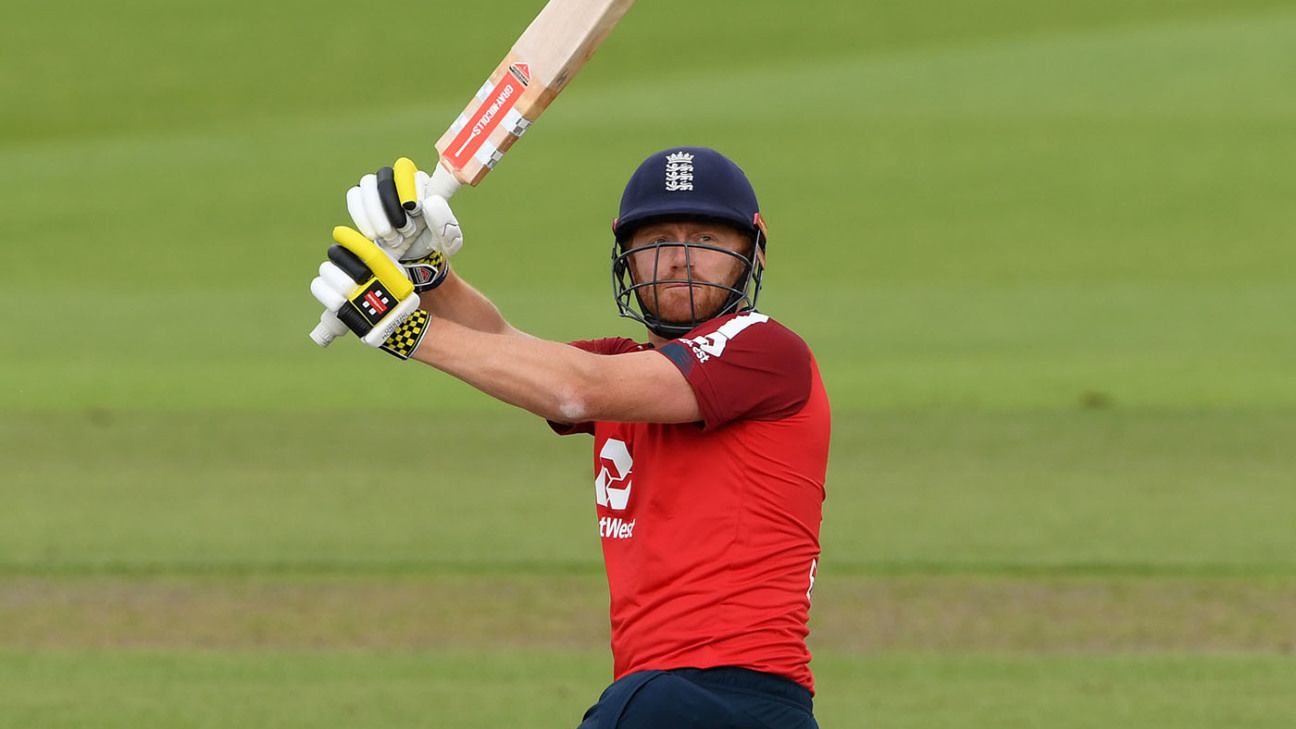 Jonny Bairstow is in talks with the Melbourne Stars to take at least some part in the BBL this season, pending England commitments, while fellow opener Jason Roy is also understood to be interested in joining the competition.

On Monday, England team-mate Dawid Malan, who has continued his outstanding T20 form in the current series against Australia, confirmed he is looking at securing a deal.

There is a chance that England players could be available for a significant part of the tournament with a proposed limited-overs tour to South Africa at the end of the year in considerable doubt due to Covid-19.

With the contracting embargo having only recently been lifted there is set to be a busy period of clubs securing their overseas players with only Tom Banton (Brisbane Heat) and Tom Curran (Sydney Sixers) having existing contracts.

Alex Hales is expected to get a new deal with the Sydney Thunder while the Hobart Hurricanes have previously spoken of their interest in having Jofra Archer return.

“There has been some contact with one of the clubs,” Malan said. “That’s still ongoing at the moment so hopefully we can finish and finalise that soon and hopefully that can get announced. I don’t know if I’m allowed yet [to say which club], so I’ll sit on the fence with that one.”

“The IPL is going ahead, and we have a long tour to India which actually frees up guys to play a full Big Bash and then potentially put their case forward to be selected in an IPL in the new year,” he said. “So, trying to expose them to a lot more white-ball cricket can accelerate their development as opposed to just sitting at home, not playing anything and wondering about what next summer will look like for us.”

Amid concerns over the number of Australia players who will be needed for international hubs during the season there have been reports that there will be an increase in overseas players to allow clubs to field three in their XI while Cricket Australia may offer greater financial assistance to attract big names.

Player movement between clubs has started since the embargo was lifted with Billy Stanlake and Daniel Worrall becoming the fourth trade in BBL history as they swapped clubs between the Adelaide Strikers and the Melbourne Stars.

Stanlake had a poor campaign last season with just four wickets at 74.50 and an economy rate of 9.03. Worrall claimed eight wickets in 14 matches as the Stars reached the 2019-2020 final before falling to the Sixers.

“It’s pleasing to see Billy sign for us, and we look forward to seeing him in action. We’re well underway in a number of our squad discussions, particularly as far as our international players go and we’ll be in a position to make announcements soon,” the Stars general manager Nick Cummins said.

Entrepreneurial Transformation From Student to Running Own Business