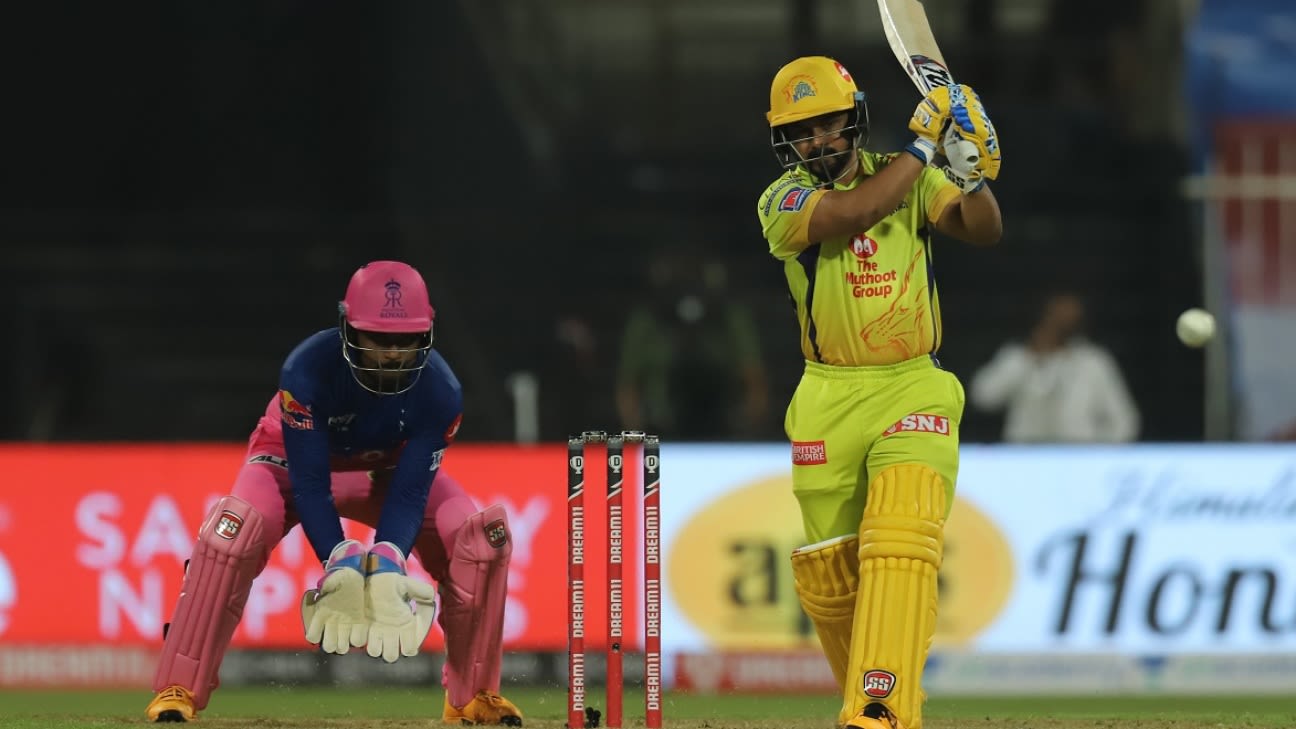 The Chennai Super Kings and the Rajasthan Royals are in a bit of crisis at this point in the tournament. Both sides have lost six of their nine games. Both lost their respective last matches, which were close contests and desperately need of their wicketkeeper-batsmen to click. But there were positives in their respective losses too – a few of their batsmen showed good hitting form, albeit a bit too late into the tournament. Or maybe not.

The chopping and changing of the line-up have not been fruitful, but the Royals’ batting looked in much better shape in the match against the Royal Challengers Bangalore, with a few drastic but much-needed changes in place. While Robin Uthappa’s promotion to the top of the order worked well, captain Steven Smith at his usual No. 4 position hit form with a half-century and gave them the required impetus from the middle order. Sanju Samson, however, has continued to struggle with the bat after a dream start to the tournament. In the end, an incredible AB de Villiers assault and the gamble of giving Jaydev Unadkat the penultimate over instead of Jofra Archer 19th over cost them two points.

For the Super Kings, however, it was fielding slip-ups that proved costly in the game against the Delhi Capitals. Shane Watson and Faf du Plessis, although a bit slow to get off the blocks with the bat, laid out the foundation. Their middle order, which had lacked firepower up to that point, stepped up and plundered 57 runs off the last four overs against arguably the best death bowling attack in the tournament. Jadeja, coming in after MS Dhoni’s yet another low score, struck a 13-ball 33 not out as Ambati Rayudu helped from the other end with an unbeaten 25-ball 45.

While both sides’ campaigns are nearing a point of no return, a win for either of these teams will give their playoffs pursuit a big push.

Dwayne Bravo’s groin injury kept him off the field during the Capitals’ chase, which eventually prevented him from bowling the crucial final over of the match. Coach Stephen Fleming said Bravo would miss “a few days or a couple of weeks”. The Super Kings could look to bring back Josh Hazlewood or go for an extra spinner in Imran Tahir.

A Samson special ensured a 16-run win for the Royals in their opening match of the season in Sharjah. Samson slammed a 32-ball 74 and took Royals to 216. In response, the Super Kings fell short by 16 runs even as du Plessis scored a 37-ball 72.

How To Convince Your Parents For Your Study Abroad Program