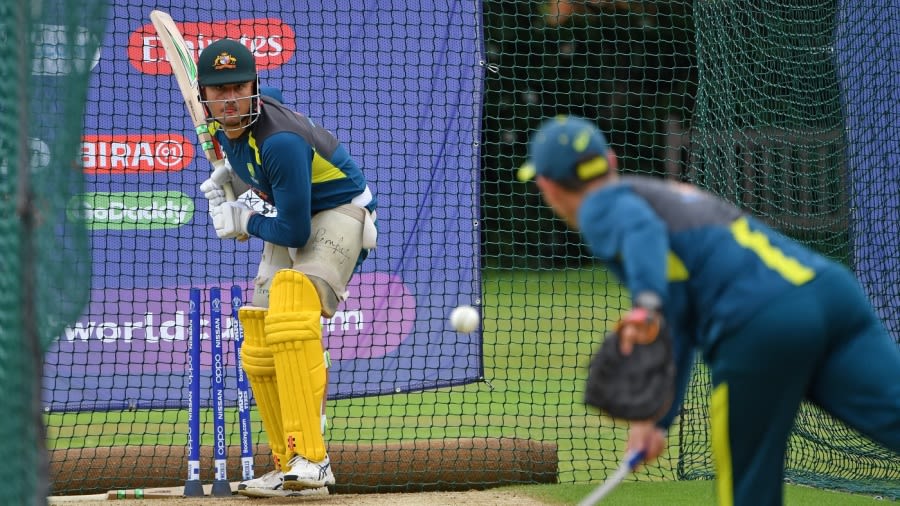 England won the toss and chose to bowl v Australia

Australia were without Steven Smith at the start of their World Cup Super League campaign after he was left out of the first ODI in Manchester as a “precaution” due to a blow on the head suffered in training on Thursday.

Aaron Finch said that Marcus Stoinis would replace Smith at No. 3, with the Australians asked to bat first after Eoin Morgan won the toss. Aside from the loss of Smith, Australia’s batting in this format has been subject of much discussion, with Finch confirming before the game that Mitchell Marsh would bat in the middle order while Alex Carey retains the gloves.

“We probably would have looked to bat, looks a good surface,” Finch said. “Hopefully we can get a good total on the board and defend it.”

England were able to include three of their World Cup-winners – Jos Buttler, Jofra Archer, Mark Wood – for the first time in ODIs since last summer’s triumph at Lord’s. Jason Roy was also fit to return at the top of the order after missing the T20Is against Pakistan and Australia. In all, ten of England’s XI were involved at the World Cup, with Sam Billings the man asked to fill in at No. 5 in the absence of Ben Stokes.

Morgan spoke in the build-up to this series about how the expected slow, turning surface at Emirates Old Trafford would suit England in their 2023 World Cup planning.

He described the pitch as being “a little bit softer” than during the Pakistan series and suggested England could look at Adil Rashid, Moeen Ali and Joe Root – back after missing the T20Is – as spin options against an Australia side still working out its formula for batting through the middle period of ODIs.

Who won what in the 2020-21 Australian domestic season | Cricket