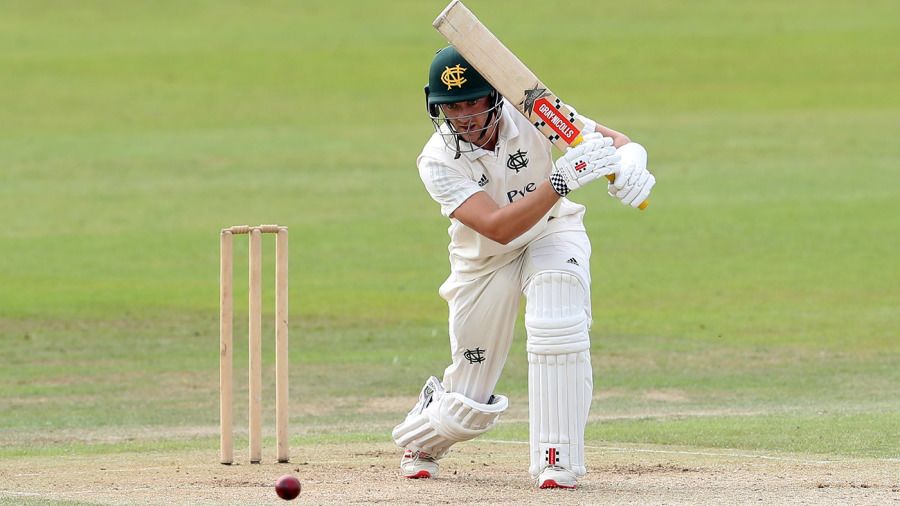 Despite centuries from Ben Duckett and Joe Clarke, Nottinghamshire still have work to do if they are to end county cricket’s most unwanted record.

Without a first-class victory since June 2018, Notts will go into the final day of their Bob Willis Trophy match against Durham at Trent Bridge looking for early wickets.

The visitors closed on 131 for 2 in their second innings, an overall lead of just three runs, after the home county had been dismissed for 422, earlier in the day.

Duckett only added four runs to his overnight score before being dismissed for 150, with Clarke going on to contribute 133 as Nottinghamshire reached maximum batting points before being bowled out in 101 overs.

The hosts’ first-innings advantage of 128 would have been significantly greater but for an heroic effort from Chris Rushworth, who took 7 for 108.

Neither Duckett nor Clarke have experienced a single red-ball victory between them in Nottinghamshire colours since moving from Northamptonshire – and Worcestershire – respectively.

Both though are finding their best form at this belated stage of the shortened season. Duckett had done his best work on the second day and fell at the start of the third, shortly after reaching his 150 from 208 balls, with 23 fours.

His dismissal ended a stand of 195 with Clarke, who survived being dropped twice in reaching his 17th first-class hundred from 154 balls, with 13 boundaries.

Mullaney’s good fortune eventually ran out on 41 when he shouldered arms to Rushworth and lost his off stump.

Samit Patel came and went cheaply, pinned lbw in his crease by Brydon Carse but Tom Moores was able to stick around with Clarke in a hard-hitting stand of 75.

The second new ball altered the complexion of the day as Nottinghamshire’s last five wickets went down for only 15 runs, in 3.5 overs.

Rushworth started the collapse, having Clarke caught at slip before dismissing Peter Trego in the same over to collect his 26th five-wicket haul

Sean Dickson and Alex Lees put on 67 as Durham began their second innings, before Trego sent back Lees for 27.

Dickson’s seven previous innings for his new county had mustered only 41 runs but he more than doubled that in reaching a half century from 106 deliveries.

He advanced to 56 and brought the scores level before being bowled by a beauty from Patel that turned sharply to clip the off peg.

Michael Jones, with a highest career score of 39 not out, will begin the final day alongside nightwatchman Rushworth, whose bowling exploits clearly weren’t enough for one day.

Royal Challengers primed for the double against Super Kings