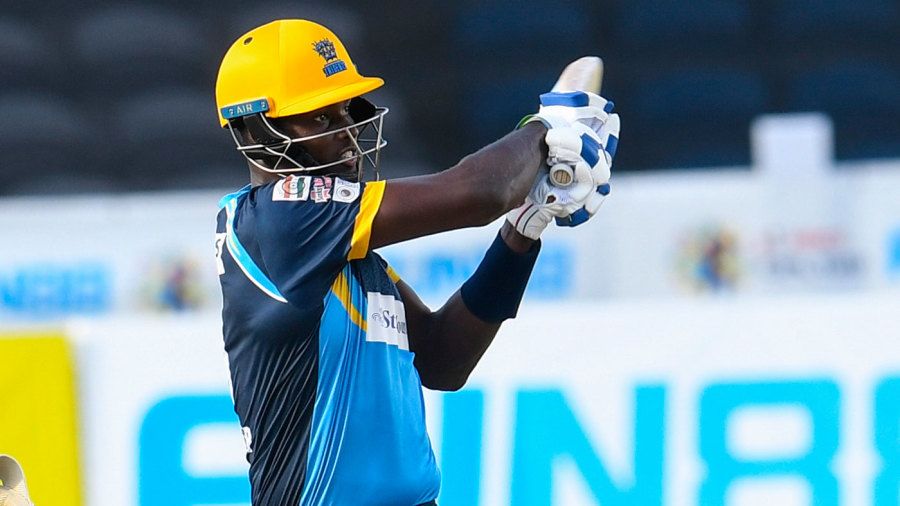 It might have come a bit too late for the Barbados Tridents, but Jason Holder‘s parting shot at the consigned the Jamaica Tallawahs to no higher than fourth place. In a rare high-scoring match at the CPL this year, Holder’s blitz in a chase of 162 ensured his side got there with 10 balls and seven wickets to spare.

It was the highest run chase accomplished in the competition this year, with Holder’s 42-ball 69 – his highest T20 score – personally responsible for breaking the bulk of the chase, most notably in the Powerplay. Jonathan Carter was the ideal foil in a 90-run partnership that saw them take a firm hold over the match, while Mitchell Santner’s cameo, topped off with a six over deep midwicket, sealed the win.

It didn’t appear very likely when the Tallawahs didn’t lose a wicket in the Powerplay – the first time they managed that this season – and Jermaine Blackwood got going with 11 runs off Rashid Khan’s first over. When Andre Russell joined him later on, he took over control, supplementing Blackwood’s five boundaries and four sixes with five sixes and four fours of his own. It wasn’t apparent then how crucial a couple of tight overs at the death that kept the Tallawahs below 180 would be.

While Oshane Thomas struck in the first over, the sloppiness he showcased – four wides were bowled and 17 conceded – was endemic throughout the innings. There were nine wides and a couple of no-balls, with a few misfields and dropped catches to boot, and it all added up. The result means the Tallawahs can finish no higher than fourth, meaning they have the unenviable task of facing the Trinbago Knight Riders in the semi-finals, who are yet to lose all tournament.

While Blackwood had ensured his side got off to a stellar start, the wheels had begun to come off around the time Russell strode out to the middle. Glenn Phillips hadn’t quite been able to match Blackwood’s scoring rate while Asif Ali’s struggles through the tournament continued, and the run rate hovered around seven when that third wicket fell. But once Russell came on, it scarcely seemed to matter which bowlers Holder turned to, or which side the short boundary was on.

Each of his five sixes appeared in competition with one another for distance, though the second one off Hayden Walsh Jr – the one that really got him started – flew out of the stadium altogether. His half-century came up in just 24 balls and even Khan wasn’t spared, taken for two sixes and a four before the legspinner finally had the last laugh. That, however, came off the penultimate ball of the innings and the acceleration that the Tallawahs craved had more than been achieved.

Preston McSween, a 25-year-old, might have wondered how difficult T20 was when thrown the ball in the Powerplay on debut. Having seen Thomas leak 17 in the first, he bowled his as if it were day one of a Test match in England, pitching the ball around middle and angling it back in. Some might argue that’s not the most effective strategy to employ in this format, but would be silenced mid-sentence when he sent Shamarh Brooks’ off bail flying and concede just two in the over. His prodigious seam movement meant making contact with the ball was challenging enough, and it was little surprise when he was thrown the ball for a second over straight after.

That’s where the induction turned tougher. With Holder batting and the movement mysteriously missing, he was greeted by a six over long-on first up, and three consecutive fours to follow. The pressure brought an enormous front foot no-ball that went for a boundary, and when the over was finally done 24 had come off it. It was momentum the bowling side could never quite wrest back.

What you need to know about coronavirus on Tuesday, October 20