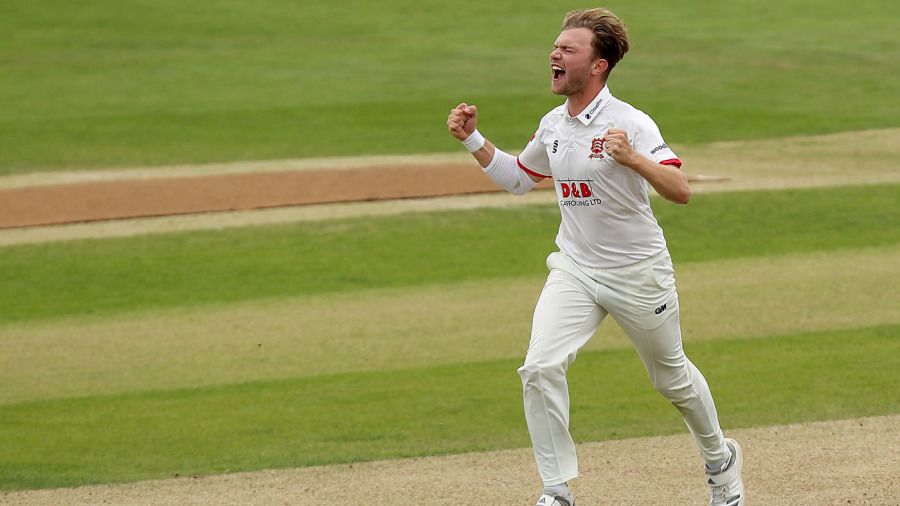 Unbeaten Essex confirmed their place in the Bob Willis Trophy final as South Group victors with an emphatic nine-wicket win over Middlesex.

Sir Alastair Cook, Paul Walter and Tom Westley knocked off the 53 required in 13.5 overs, after wickets for Sam Cook (two), Aaron Beard and Simon Harmer, had bowled Middlesex out for 150.

Essex’s place at Lord’s was confirmed when Derbyshire failed to get a batting point in their North Group fixture against Lancashire, which was met by cheers from the Essex dressing room. It meant Derbyshire could only match Essex’s 90 points if they manage to win at Aigburth, but Essex’s superior win record would still take them through.

Therefore, Essex will face the winner of the Central Group – either Somerset or Worcestershire – for a five-day match starting on September 23 at Lord’s. In the improbable event that that game is drawn, Derbyshire would qualify with a win; if Somerset and Worcestershire draw and Derbyshire fail to win, Somerset would go through unless Yorkshire win with maximum batting points.*

Middlesex resumed with a slim lead of 25 runs, six wickets down, with the hope of the tail setting Essex a tricky fourth-innings chase. It didn’t pan out how they would have dreamed overnight; instead, Sam Cook’s fantasies were realised.

The fast bowler, who had taken four wickets in the first innings, beat James Harris’ edge of the bat to uproot his off stump with his second ball of the morning, and he only needed another 13 balls to strangle Blake Cullen down the leg side, as the 18-year-old tickled through to wicketkeeper Adam Wheater – his first second-innings catch having pouched five earlier in the match.

He thought Thilan Walallawita had top-edged a bouncer behind three balls later, but the umpire correctly adjudged the ball to have deflected off the batsman’s shoulder.

Cook was replaced at the Hayes Close End by Beard, on the back of three wickets in 21 balls on day three, who also struck immediately. Walallawita saw his leg stump cartwheeling towards the River Can as Beard unleashed a yorker – the 22-year-old ended with career-best figures of 4 for 21.

And in the next over, Tim Murtagh swung wildly and was stumped to hand leading wicket-taker Harmer his 34th scalp of the Bob Willis Trophy. Middlesex lost their last four wickets in just under 15 overs, as John Simpson was left unbeaten on 26 off 123 balls.

That left Essex needing 53 to seal an 11th straight first-class victory at Chelmsford. Alastair Cook and Walter marched to 41 as both struck four boundaries apiece in what appeared to a procession to victory.

Murtagh castled Cook to slow Essex, but Walter (20) clipped the winning runs off Nick Gubbins, who bowled his legspin while wearing a cap.

*Permutations correct to lunch on Day 3