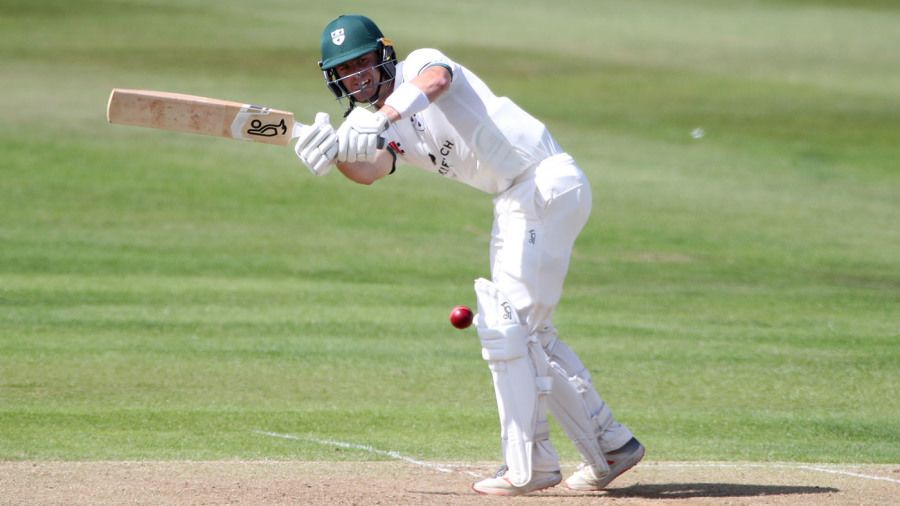 There’s no money being made, for one thing. And there’s little chance of much of a new audience being attracted, either.

But as Worcestershire and Somerset battled for what looks set to be the right to face Essex in the Bob Willis Trophy final at Lord’s, the thought occurred that this was an exemplar of domestic cricket in any country.

For here we have two highly motivated teams stuffed with locally developed talent who are driving the standard of the English game forward and producing players for their country. Indeed, 18 of the 22 players* involved here were developed through the academies of these two counties.

To that list you can add Jos Buttler, who has just won England a T20 series against Australia and was player of the Test series against Pakistan. You can add Dom Bess, who can’t get into the Somerset side but is England’s first-choice Test spinner. Then there’s James Hildreth, who would have played in this match had a hamstring injury not intervened, and Jamie Overton, too. All four came through the Somerset system. Worcestershire, meanwhile, can also point to Adam Finch, who is currently bowling with impressive pace on-loan at Surrey alongside Overton.

Yes, a few have moved on. But they will forever be associated with the clubs that identified and nurtured their talent.

In short, these are clubs doing exactly what they’re meant to be doing: producing high-class players; playing high-quality, entertaining cricket. Anyone who think they’re superfluous to the English game can’t be judging them on cricketing merit.

The prize for success in this game is pretty clear: the winner has an excellent chance of qualifying for that Lord’s final. The way bonus points have fallen, Somerset are now assured of making that final if they win this game, while Worcestershire may be reliant upon results elsewhere also falling their way.

For a while, as Daryl Mitchell, Jake Libby and Tom Fell were building a strong platform, it looked as if Worcestershire might be on the way to establishing a match-defining position. Libby, showing the benefits of a fresh start at a new county, is now the highest run-scorer in the competition with one century and three half-centuries across eight innings.

His game is built largely on patience and discipline outside off stump. But here he was particularly impressive against the spin of Jack Leach – playing his first first-class game since the Mount Maunganui Test in November – and skipped down the track to drive the bowler back over his head for a succession of fours and one six.

On the brink of lunch, Libby enjoyed two moments of fortune from successive Jack Brooks deliveries. First he looked all the world to have been trapped leg before by one which kept a little low only to be relieved to hear the umpire’s no-ball call, before he edged the next ball through the cordon. Leach, a new face at first slip in place of Jamie Overton and Hildreth, was unable to cling on to the relatively straightforward chance.

But the wicket of Fell, shouldering arms to one that shaped to leave him but ultimately went unerringly straight, precipitated something of a collapse. Worcestershire lost their final nine wickets for the addition of 77 runs with Somerset’s impressive quartet of seamers sharing the spoils. Libby fell driving at a wide one which left him – replays suggest he may have been a bit unlucky with the decision – Jack Haynes and Brett D’Oliveira played inside deliveries which were angled in but may have straightened a fraction, Riki Wessels’ counter-attack was ended by an excellent catch at square-leg as he attempted to pull and Ed Barnard was bowled – Barnard castled, if you will – off the bottom edge attempting a similar shot.

If Worcestershire’s total of 200 might appear modest, it needs to be seen in context. For a start, this is not a straightforward surface. It’s sluggish – perhaps increasingly so – and offers enough off the seam to keep bowlers in the game at all times. Equally, there have been a few signs of just a little uneven bounce.

More than that, 200 represents the highest score made against Somerset in the competition this season. Three times they’ve dismissed their opposition for below 80 and they will end the group stages of the season having conceded just one batting bonus point. Craig Overton, bowling as well as anyone in the county game, has taken his 26 wickets as a cost of just 10.00 apiece.

Jason Kerr, the Somerset coach, reckons a target of 250 – 200, even – could prove tough to reach in the final innings. Right now, at the end of day two, the lead is 67. Both sides have some hard work ahead, though Somerset surely have their noses in front, particularly bearing in mind that Josh Tongue is unlikely to bowl in the second innings after suffering back spasms. Besides, it’s hard not to feel that winning the domestic first-class competition for the first time – they are one of three counties not to have done so in the modern era – in the year when it is not considered the championship would be very Somerset.

“The attack has been outstanding all season,” Kerr said. “We create pressure at both ends and we work as a unit. And if anyone is bowling better than Craig Overton at the moment… well, they must be bowling brilliantly.” Worcestershire may have their work cut out to deny him.

*In case you were wondering who they are, only Riki Wessels and Jake Libby, of the Worcestershire side, and Jack Brooks and Josh Davey, of the Somerset side, did not develop through the two county academies. Davies, playing for Somerset, came through the Worcestershire academy, while Eddie Byrom was schooled in Taunton from sixth-form level and was part of the county academy.