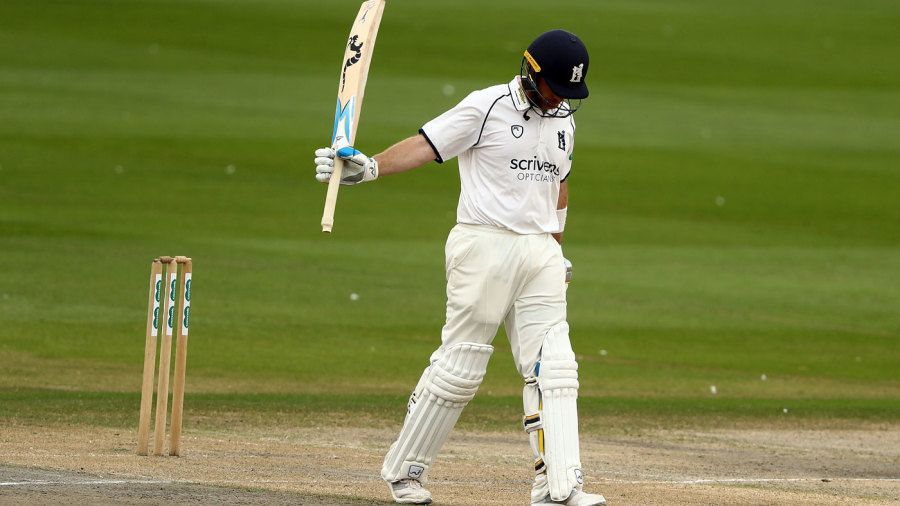 The third day of Warwickshire’s Bob Willis Trophy match against Glamorgan at Cardiff will be remembered as the day when Ian Bell left the batting crease for the final time at the end of an illustrious 20-year career, signing off with an ever-impressive 90 to put his side in a match-winning position going into the final day.

Bell finished with a career aggregate of 20,440 runs, and an average of 43.58, having scored just 66 in six innings this season prior to his tally of 140 in this match.

It was also a memorable day for Dan Mousley. The 19-year-old wasn’t born when Bell made his debut in 1999 and having shared a partnership of 70 with the retiring stalwart in the first innings, the youngster struck his maiden Championship half-century in the second before being caught for 71 late in the day.

In the morning session, Bell had strode to the wicket to a standing ovation from the gathered coaching staff and media, and was deserving of the guard of honour by Glamorgan on his final walk to the middle.

Glamorgan had had an early breakthrough when Timm van der Gugten had Rob Yates caught impressively in the slips by Nick Selman and after switching ends, Michael Hogan struck to remove Will Rhodes, also caught by Selman, to end the batsman’s campaign with an average of 53.

Bell and Hain then looked to move the game beyond Glamorgan’s reach, the scoring rate increasing rapidly as they put on 76 by lunch, adding a further 67 in the afternoon session.

He and Hain had frustrated Glamorgan with a partnership of 143 as Warwickshire extended their second innings lead to 210 runs at tea. Unbeaten on 46 at lunch, Bell reached his half-century from 63 balls shortly after the resumption, with the eighth boundary of his innings when he struck Hogan through the off-side.

He followed up his 50 in the first innings with an another impressive knock in the second as he shared in a third-wicket stand with Hain, who brought up his second half-century in successive matches, in 106 deliveries with seven fours. It was their first century stand since facing Glamorgan at Colwyn Bay in 2018 at a time when Bell struck a double century there, along with two unbeaten centuries at Edgbaston amassing 425 in those three innings against Glamorgan.

Dan Douthwaite finally removed Hain for 65, the batsman edging behind to Cullen as Bell, ultimately unsuccessfully, continued to search for one last century before playing on.

Michael Burgess and Mousley resumed after tea with their side 227 for 4, but having turned to spin after Lukas Carey’s side injury, Glamorgan had a further breakthrough when slow left-arm bowler Owen Morgan removed Burgess, playing across the line, to claim his first wicket of the season and give Cullen the simplest of catches behind the stumps.

Mousley continued to pile the pressure on Glamorgan, and reached his half-century in Championship cricket in 62 deliveries. His partner Alex Thomson was then caught at long-on with a heave off spinner Callum Taylor.

A brief shower brought proceedings to a halt at 335 for 6, with one over lost, and Mousley was caught on the cover boundary off Douthwaite soon after the resumption. The declaration came at 347 for 7, setting Glamorgan a target of 331 with five overs remaining in the day, which openers Nick Selman and Joe Cooke safely negotiated, despite a last ball shout for LBW against Cooke by Liam Norwell.