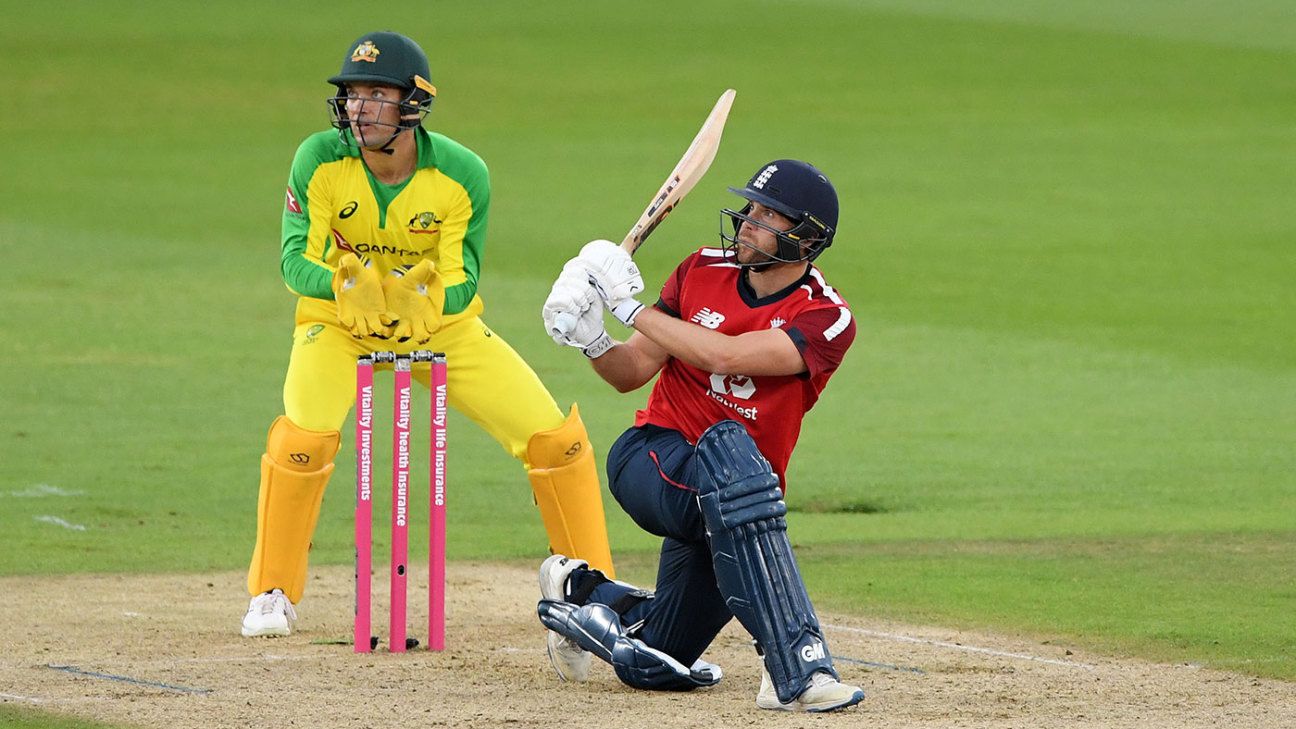 Dawid Malan is the new man at the top of the ICC rankings for T20I batsmen, his 129 runs in the three-match series against Australia, which England won 2-1, pushing Pakistan’s Babar Azam down to No. 2 in the latest update.

Malan, who has a remarkable T20I record – 682 runs from 16 matches, with an average of 48.71 and a strike rate of 146.66, and one century to go with seven half-centuries – was at his best in the first T20I against Australia, his 43-ball 66 earning him the Player-of-the-Match award following a two-run win. By the end of the series, he had moved up four spots to the top, his career-best effort after having reached No. 2 in November last year.

Other England batsmen to move up after the series against Australia are Jonny Bairstow and Jos Buttler, who moved up three positions to No. 19 and 12 spots to No. 28 respectively – Buttler scored 121 runs in two matches, which also won him the Player of the Series award.

There was no movement among the Australians in the top ten of the batsmen’s list – Aaron Finch stayed at No. 3 and Glenn Maxwell retained the sixth spot – but fast bowler Kane Richardson has broken into the top ten for the first time in his career, his three wickets helping him get in at No. 10.

Slightly above Richardson, England legspinner Adil Rashid gained two slots to get to No. 7 after finishing the series as the most successful bowler, with six wickets, while Australia left-arm spinner Ashton Agar held on to the third spot after picking up five wickets.

Australia, who started the series ten points ahead of England at the top of the pile among T20I teams, briefly slipped to No. 2 after falling 2-0 behind in the series, but clambered back to the top after winning the last game.

Australians at the IPL – Lean week for batsmen, Pat Cummins gets a haul, six-less Glenn Maxwell